Car Feature: It Came from Down Under 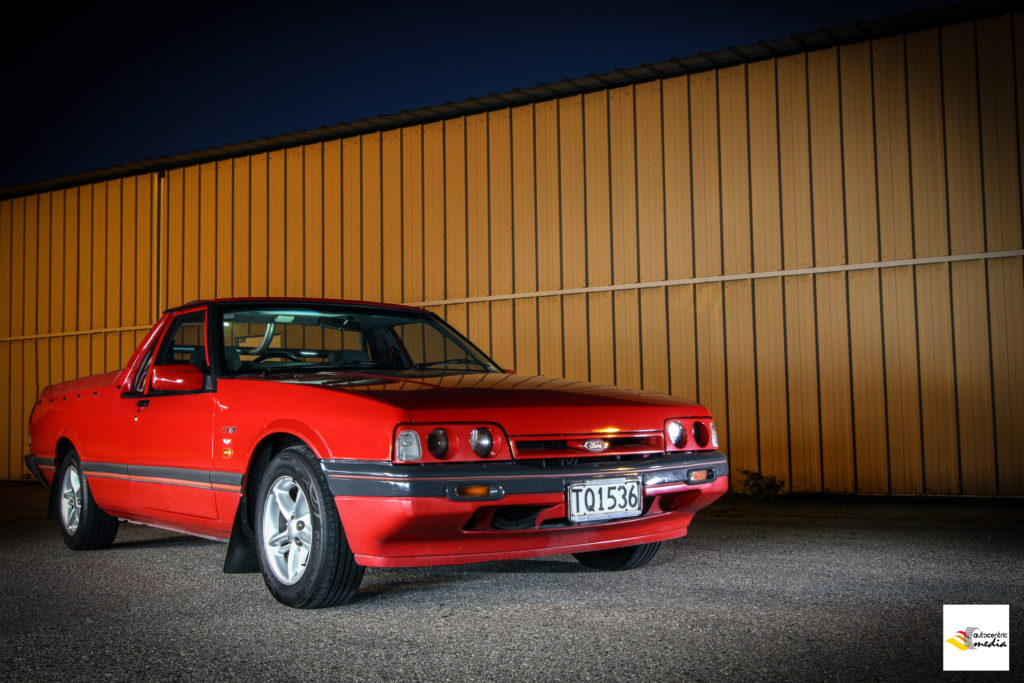 “What is that,” is the reaction from almost everyone who sees Barry Kluczyk’s Australian-built Ford Falcon XR6 “ute” for the first time — even seasoned motorheads.

“The Ford badge throws them,” says Kluczyk. “Many people assume it’s some sort of Japanese vehicle until they see the Ford emblem in the grille. Then, they don’t know what they’re looking at. Others simply don’t have a guess.”

That’s understandable, because imported Australian utes (utilities) are few and far between in the States. And this one is not all that common Down Under, either. Only 1,050 of the performance-spec XR6 model were built in the hybrid car/truck’s fifth generation, commonly referred to as the XG models (the XR6 name was used again in subsequent generations). Not many remain; and while a few utes have trickled across the Pacific to land on North American roads, the rarity of the XG XR6 makes it highly likely Kluczyk’s is the only one on the continent.

So, it’s got that going for it, to paraphrase Caddyshack grounds keeper Carl Spackler.

Ford pioneered the ute in Australia and New Zealand in the 1930s; and the Falcon-based model was a mainstay of Ford’s lineup in the region from 1961 through 2016, totaling more than 467,000 sales. It died when Ford discontinued Australian vehicle production altogether. The last Falcon Ute produced — a white, seventh-generation (FG) turbocharged XR6 — rolled off the Broadmeadows production line in Melbourne, on July 29, 2016. Many a cold Foster’s were hoisted in memoriam the day the factory’s line came to a halt.

A little more than 20 years earlier, the XG Falcon XR6 was born in the nascent days of a performance revival in Australia. It was introduced in 1993 and was distinguished from its regular-production counterparts with oh-so-Nineties projector-beam headlamps in place of the standard aero lamps (inspired by the European Escort RS Cosworth), a firmer suspension, 15-inch aluminum wheels and breathed-on version of Ford’s 4.0-liter OHC straight-six engine, which was offered with a manual transmission or dual-mode four-speed automatic. 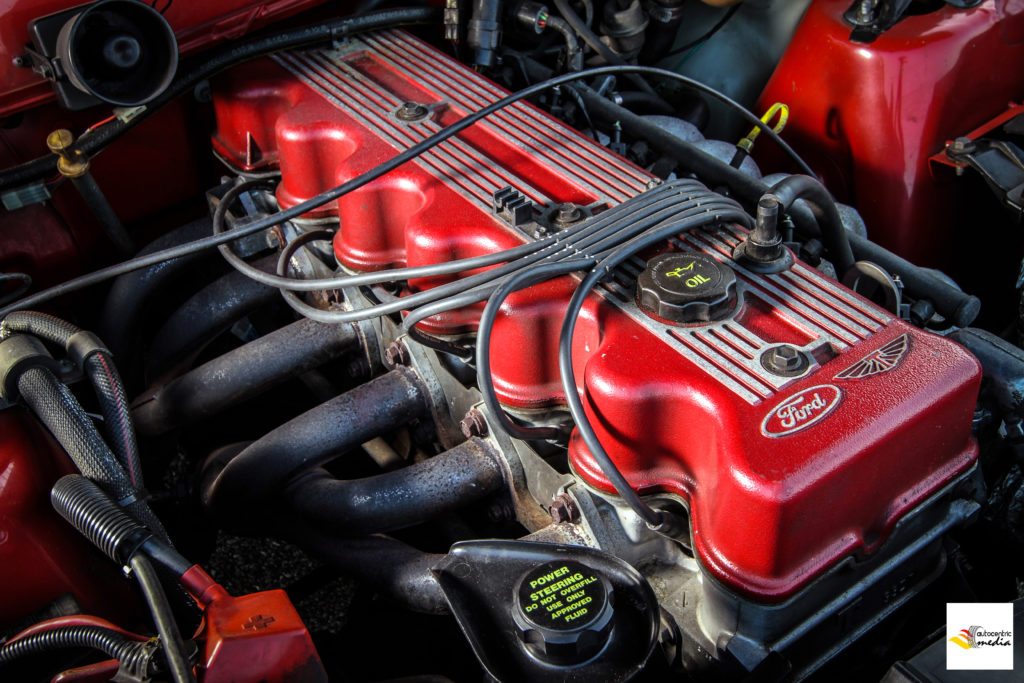 Ford’s joint-venture tuning partner Tickford Engineering handled the engine enhancements, which most included a revised cylinder head, a slight bump in compression and a more aggressive camshaft, all controlled by a controller every Fox-body enthusiast will recognize: the EEC-4. Along with a few other tweaks, output was raised in the 4.0-liter to 216 horsepower and 269 lb.-ft. of torque.

That was comparable to the American 5.0-liter Mustang, which had another couple of cylinders to work with — and enough to push the unique ute to 60 mph in about 8 seconds flat. That’s not exactly Hellcat territory today, but it was plenty quick for any corner of the globe back then. 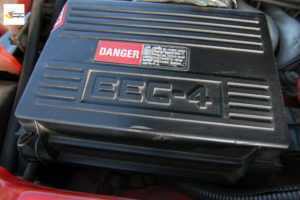 It’s also clear that the XG Falcon was a product of Ford’s global design studios and parts bins of the time. There are plenty of North American Ford cues, especially Fox-body touches, from the body-side moldings to the instrument panel.

The door handles look the same as the Fox-body Mustang and the shape and proportions of the hood, grille and headlamp housings look awfully aero-Fox. In fact, more than a few people assumed Kluczyk made a “Ranchero” out of a Fox-body. It’s right about that size, too.

“The more you look at it, the more it looks like any other North American Ford of its era,” says Kluczyk. “I think that’s part of the conundrum it sparks with people. It looks familiar, but also entirely different.”

So, how did this paradigm of Australian performance wind up in Kluczyk’s Detroit-area garage? Luck, mostly. And craigslist.

While visiting friends in the Seattle area and scanning the local posts for rare Fox-bodies that might have been lurking around Puget Sound (he’s owned 25 Foxes over the years), an ad for the ute popped up on the Seattle craigslist.

“I couldn’t help but go look at it,” he says. “It was out in the middle of nowhere and I really had to lean on a friend of mine to drive down and check it out, but I’m one of those enthusiasts who grew up fantasizing about Mad Max­­-era Australian Fords and this was as close as I could get.” 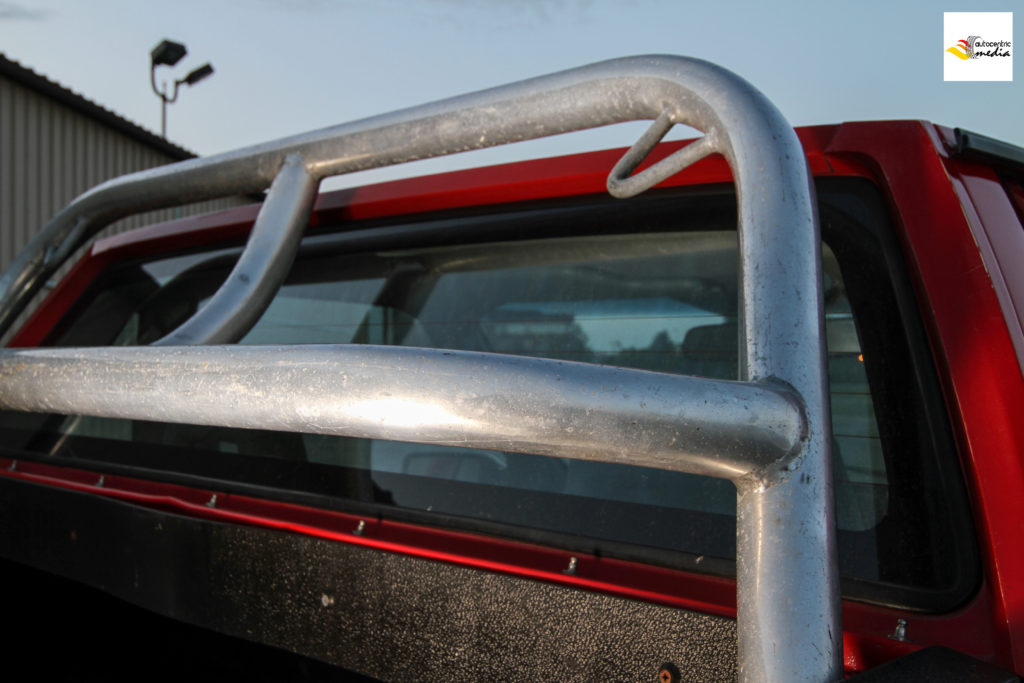 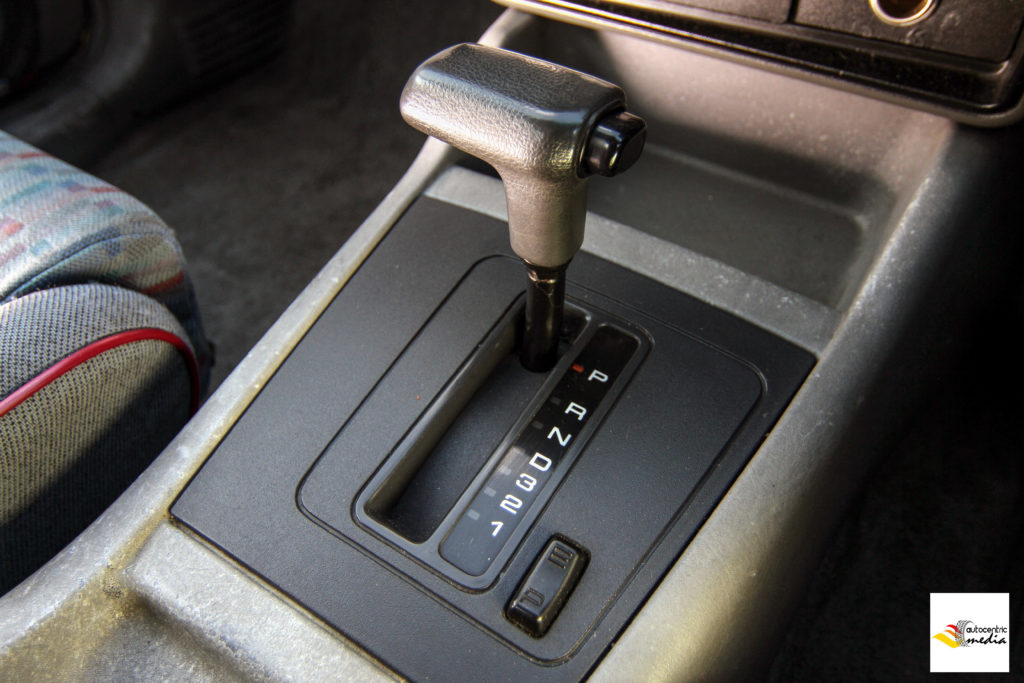 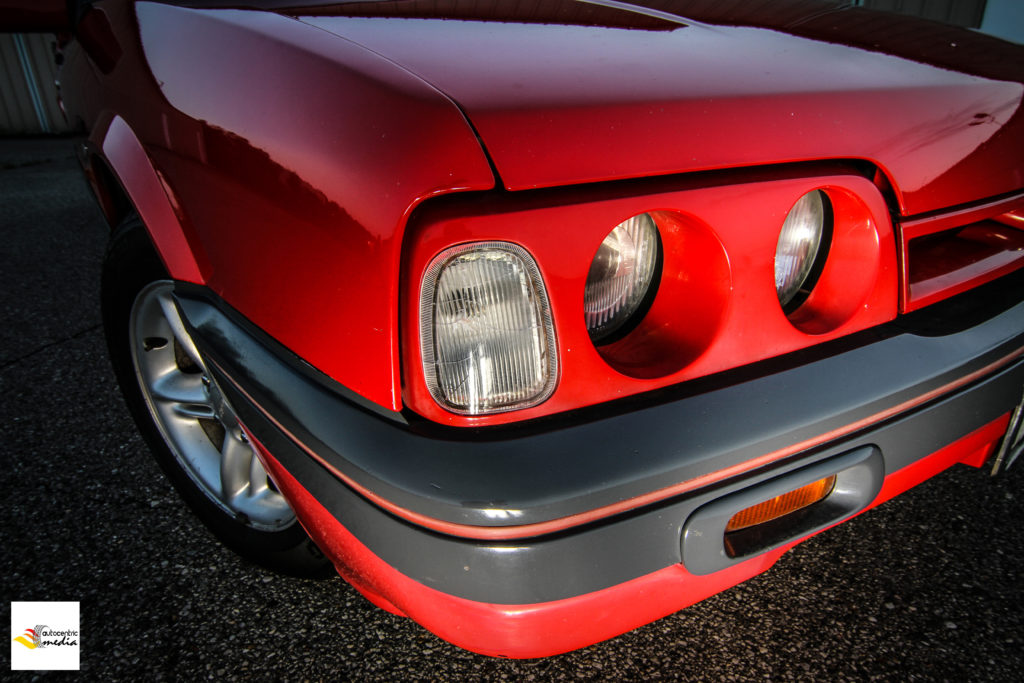 Turns out, the car and seller were imported from New Zealand. The Kiwi owner made a living buying older American cars and flipping them in his home country. The XR6 ute was his driver there, before he shipped it to Seattle almost two years ago.

“The great thing was that he’d already done all the paperwork and paid all the shipping fees,” says Kluczyk. “When I bought it, it already had a Washington State title. It was good to go and that really helped seal the deal for me.”

Getting the ute registered in Michigan proved a cinch, too. The Secretary of State office that handled it only had one hiccup: the weight category on which the registration fee was based. They, of course, didn’t have a number for it in there reference materials. Kluczyk quickly produced the importation paperwork, which showed a shipping weight. That was good enough for the State of Michigan and a plate was issued. 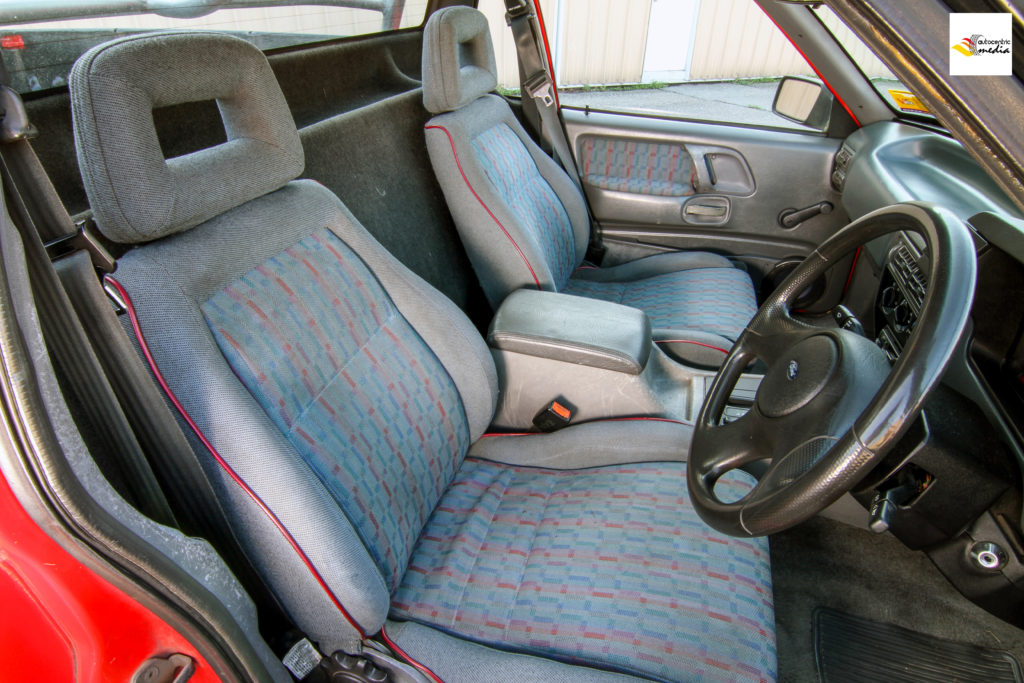 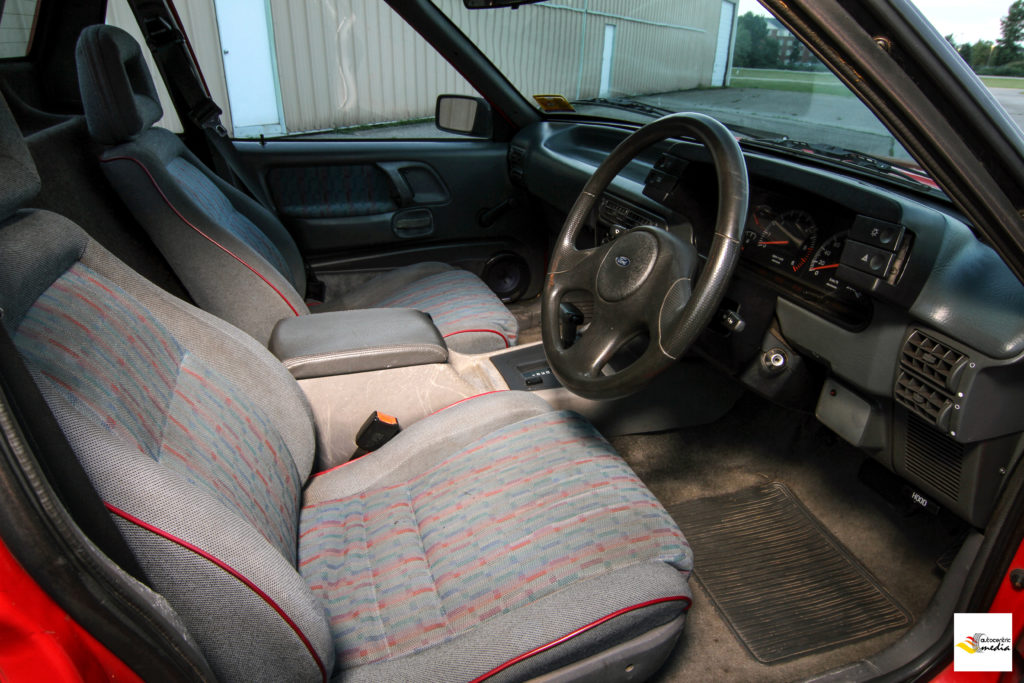 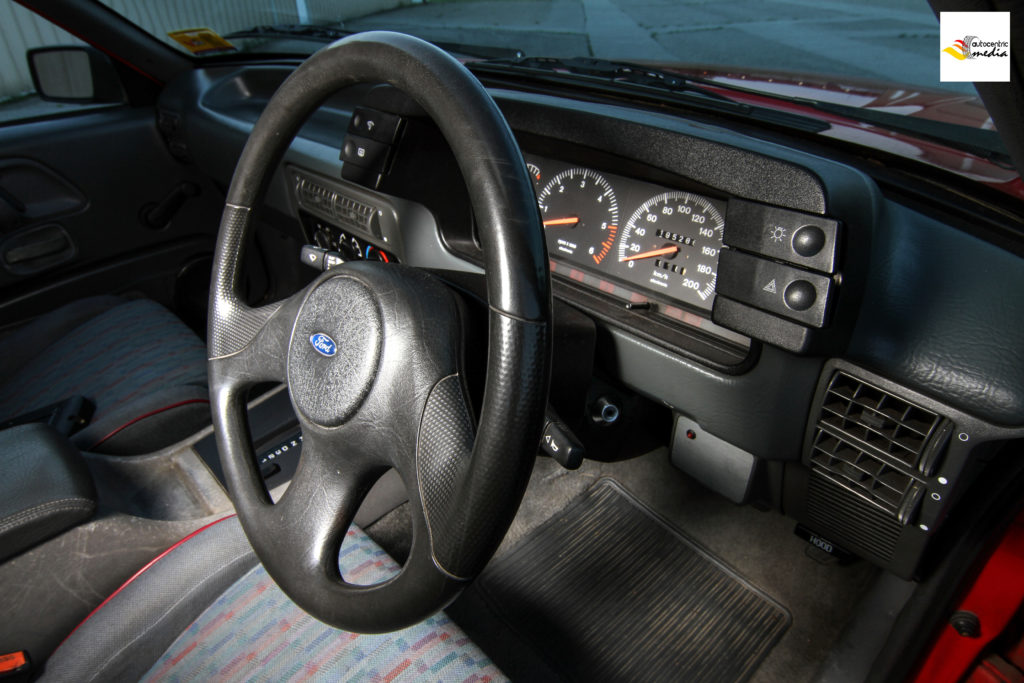 “The problem is the VIN doesn’t correspond with conventional North American VINs,” says Kluczyk. “So, every now and then, it sets off sirens at the insurance company’s headquarters and I have to remind them it’s from Australia. That’s included sending numerous photos of the car and images of the ‘data plate’ under the hood, because it doesn’t have a VIN tag visible through the windshield.”

Driving the right-hook Falcon XR6 took a little getting used to at first, but naturalized quickly … well, except for signaling.

“The stalks for the wipers and turn signals are reversed, compared to left-hand-drive cars, so I often turn on the wipers when coming up to a corner for a turn,” says Kluczyk. “My 11-year-old daughter chastises me for it whenever she goes for a ride.”

And seeing a child in what is normally the driver’s seat causes literal double-takes on the street, as people strain to comprehend the car. 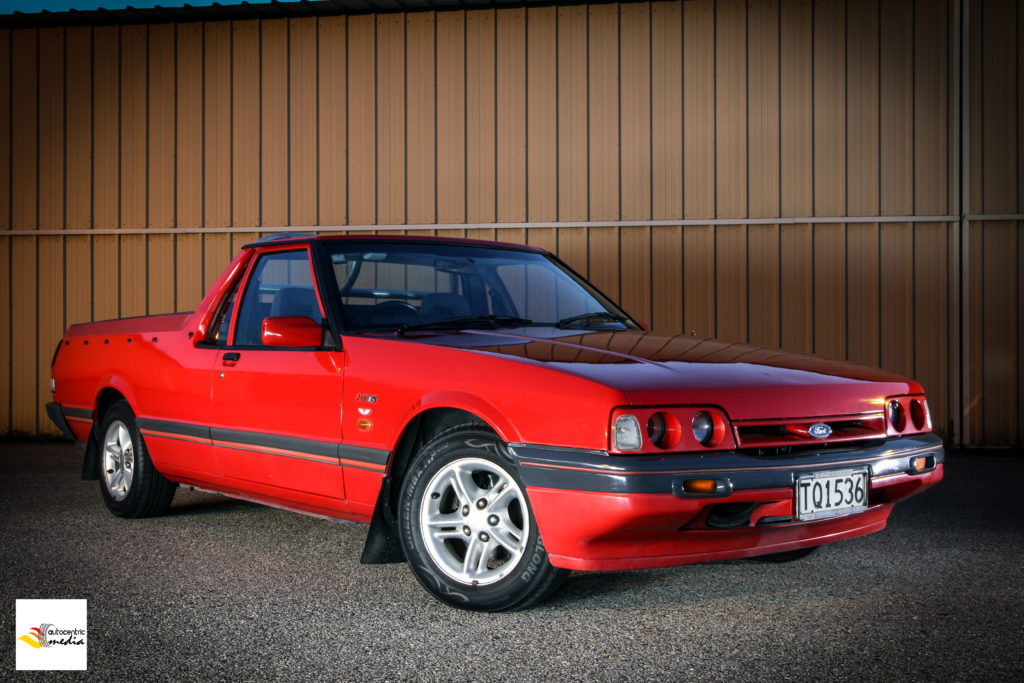 “It’s not an outlandish, exotic-looking thing, so it generally blends in with traffic until you get next to it,” says Kluczyk. “And when people realize there’s something not quite right with it, you can almost see the gears in their brain grinding to figure it out. It’s a lot of fun and my daughter is really adept, now, at answering questions about the vehicle.”

Kluczyk admits the ute isn’t the fastest thing on Woodward Ave., but it’s no slouch.

“There is a ton of torque from the straight six,” he says. “It pulls very strongly. I’ve got no complaints at all there; and the automatic transmission performs well, too. It doesn’t have the lethargic feeling of the AOD Fox-bodies I’ve owned.”

“It’s in very good driver condition, because that’s what it is,” says Kluczyk. “It’s not a show car and that’s fine with me. Everybody sees right past the few rock chips to something they’re not going to see at another car show or cars-and-coffee event.”

That’s a big part of the charm of this awesome Aussie imported from New Zealand. It’s the only one.

“It’s a great conversation-starter,” he says. “People immediately ask what it is, how it got here and whether it’s a Fox-body underneath.”

For the record, the XG Falcon was built on its own platform, despite some familial design cues. It’s distinction in America is unique, too. For someone who didn’t want to bring a cookie-cutter car to cars-and-coffee, this Aussie-built Ford is a Vegemite sandwich of fun. 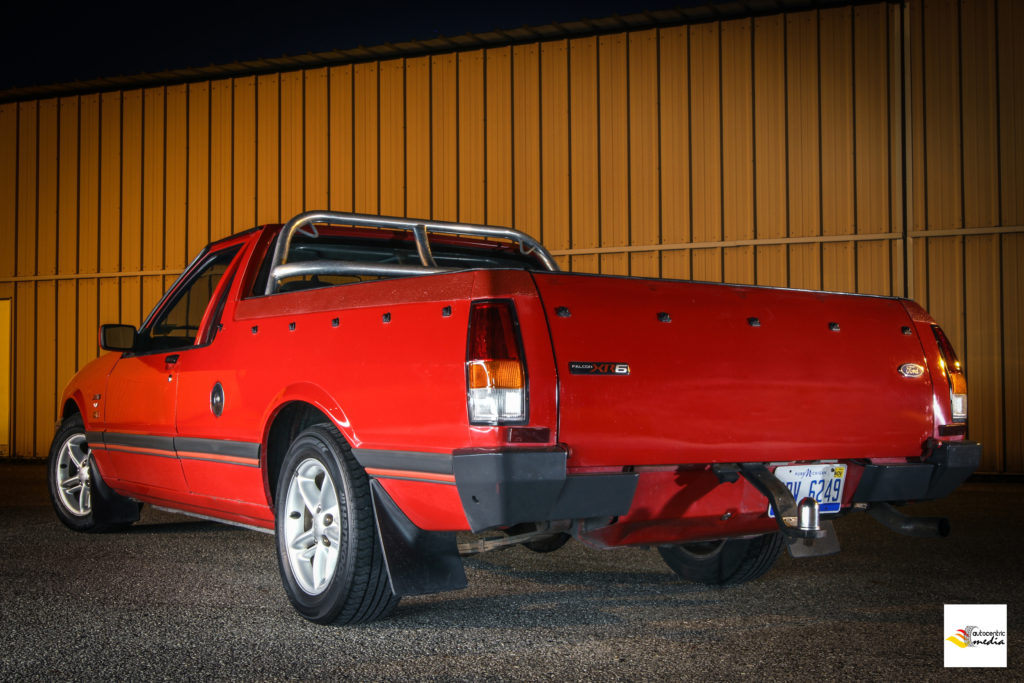