Car Feature: A Restored 10th-Anniversary Trans Am with A LS Twist 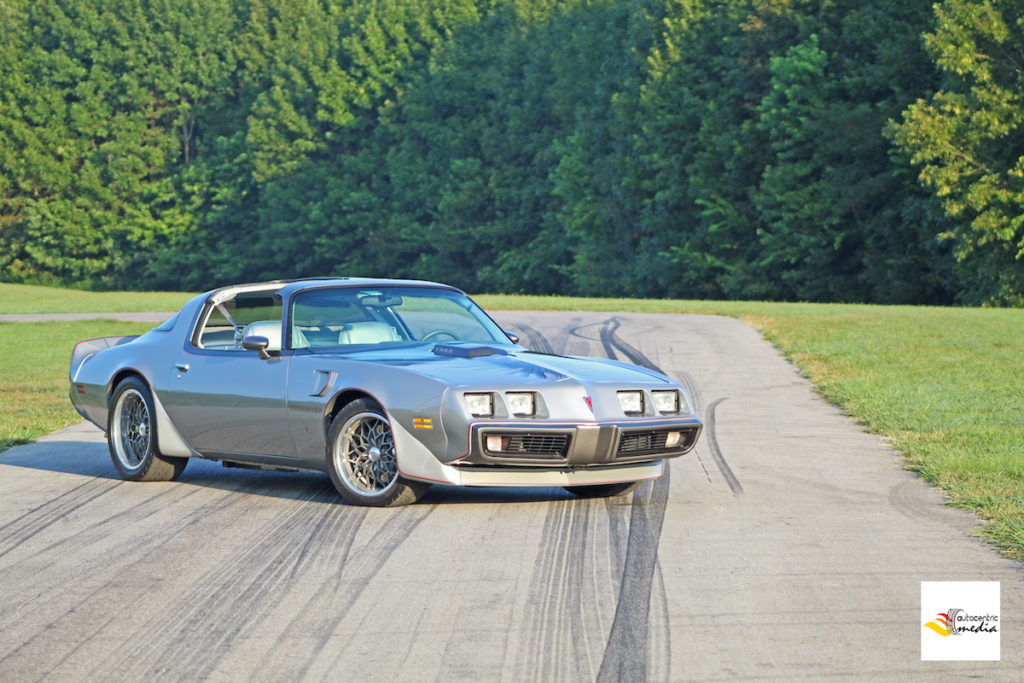 It’s no secret that members of our staff are in love with Pontiac’s pony car, the Firebird. Produced by Pontiac between 1967 to 2002, it had starred in TV shows, movies and were even featured in some epic examples of advertising. With a basic body shape and underpinnings shared with the Chevrolet Camaro, those two attributes were about the only things the cars had in common, at least from 1967 to around 1981.

After 1982, some say the Firebird was just a Camaro with pop-up headlights and additional body cladding, but that’s an opinion not everyone in our office shares. Anyway, fast forward another twenty years and the final F-body Firebird (and Camaro) rolled off of the assembly line for good. The hole left in the performance car market was certainly felt almost immediately, but the love and admiration that the fans of the Firebird felt was unwavering.

Rather than let technology and progress intrigue Firebird fans to throw in the towel and move onto other things, many have decided to persevere and update their cars for the changing times. One such case is the Trans Am you’e looking at on this page. 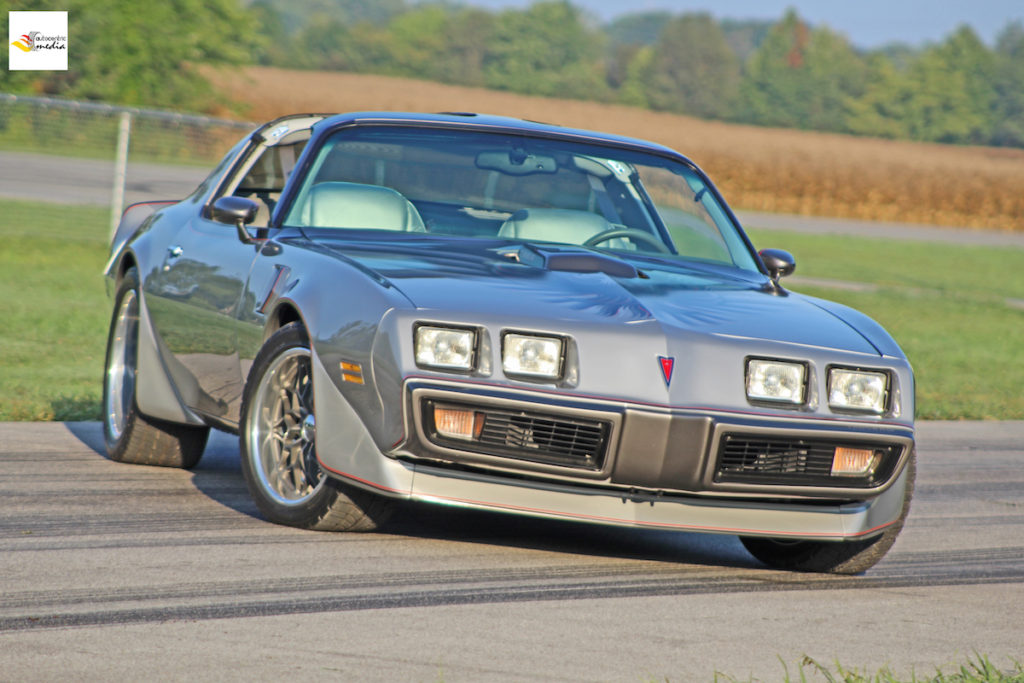 Built by Matirix Muscle Cars in Georgia, as a body-off restoration, it looks like a stocker from a distance. But when it came down to the functionality and performance, however, they made a sharp turn to the left. Originally powered by a Oldsmobile 403 and a 3-speed automatic TH350 transmission, the idea of an aluminum block, a 6-speed manual gearbox and over 500 reliable, turnkey horsepower without any dramas became very appealing for the car’s owner.

Under the hood is a lightly modified 5.7L LS1, borrowed from a 2002 Z28, that cranks out over 400hp that’s backed by a 6-speed T-56 manual transmission. The’s output has been increased with the help of a COMP Cams hydraulic roller bumpstick, as well as aftermarket shorty headers and a custom air intake that utilizes the factory Shaker scoop for fresh cool air. 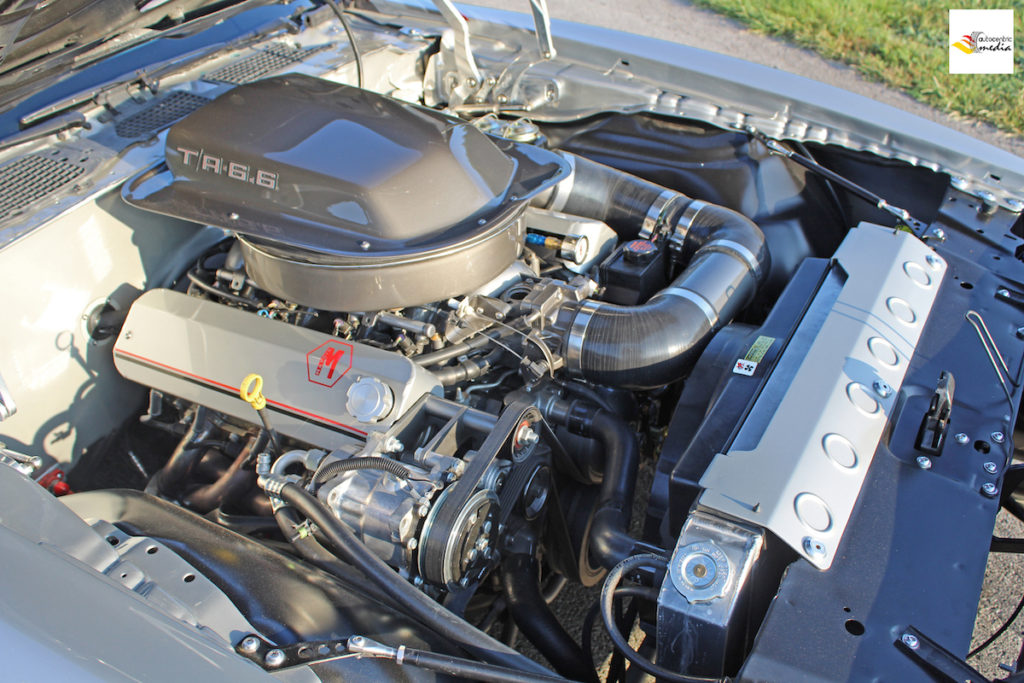 The engine was also upgraded with an aftermarket aluminum radiator and serpentine system, and was tastefully dressed up with custom valve covers and a body color air cleaner. The set up looks right at home, and is presented in a way that would make a younger person think it was factory. The 10th-Anniversary inspired pinstripes and Martrix “M” is a nice touch.

The aforementioned headers connect to Pypes 2.5-inch diameter tubing that feeds into a pair of Flowmaster Super 40 mufflers of the same diameter. The exhaust is completed with Pypes split exhaust tips. They appear factory correct, but are made of stainless steel construction, and are of a higher quality. 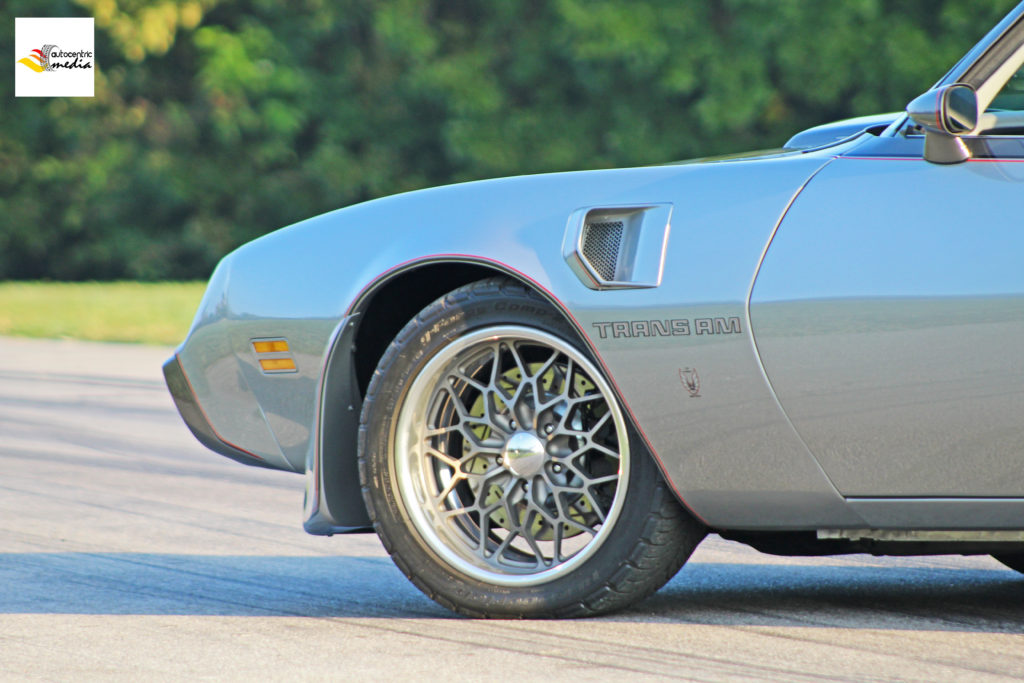 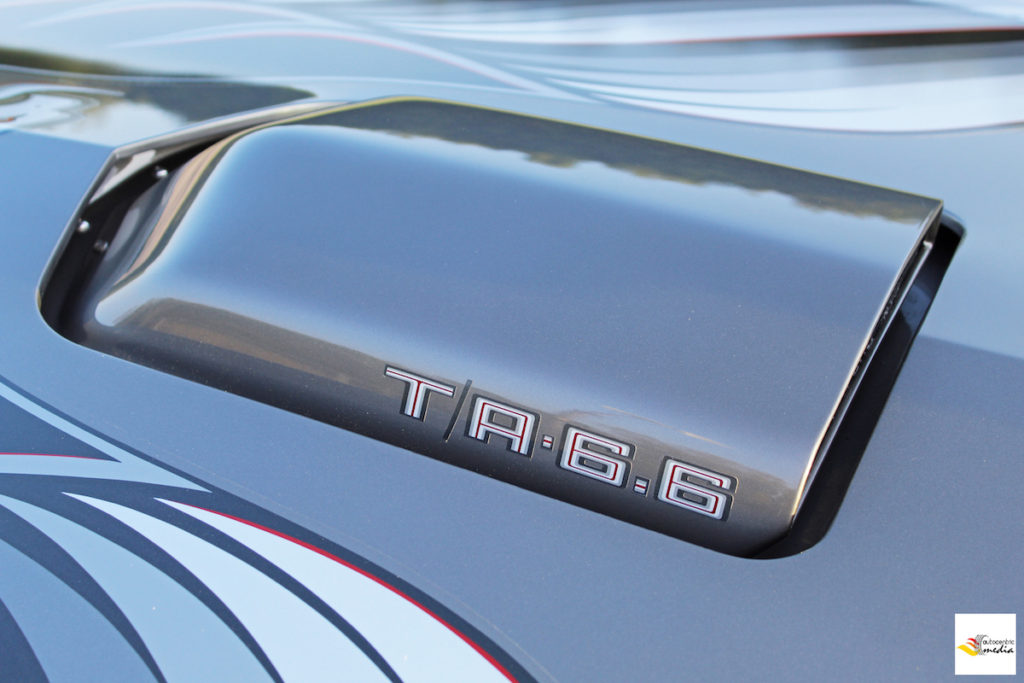 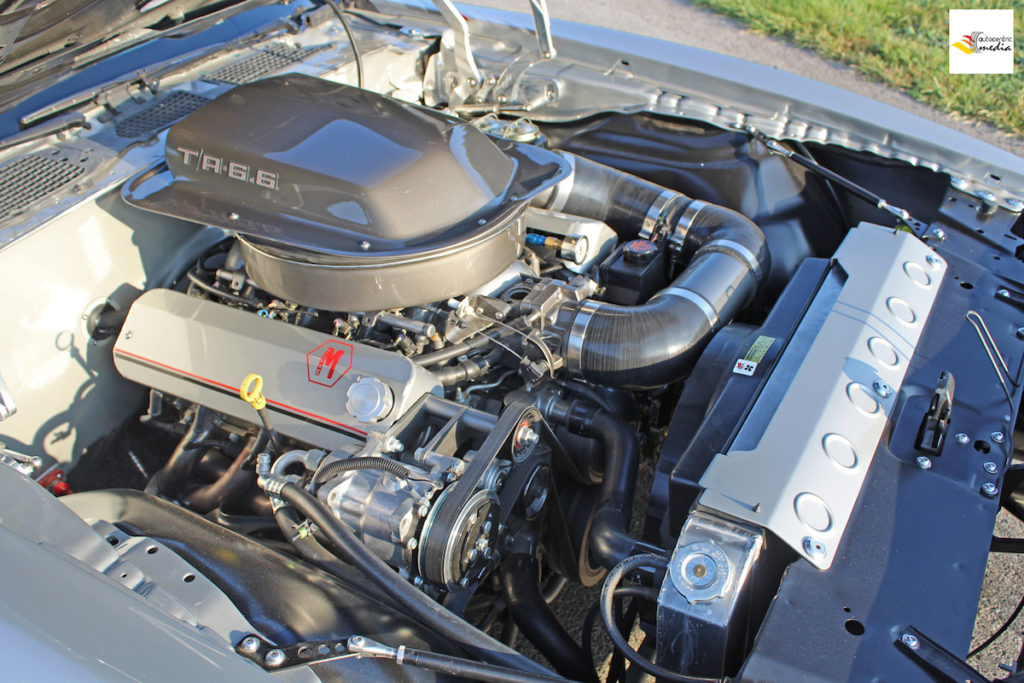 No dyno numbers are currently available, but it’s safe to say that it’s near the 400hp mark at the rear tires, especially with the HP Tuners software changing the parameters of the OEM tune in the ECU. It’s tuned for 100% streetabilty, and it’s just as reliable as a brand new, bone stock 2002 Trans Am was, but with more rumble and more power. 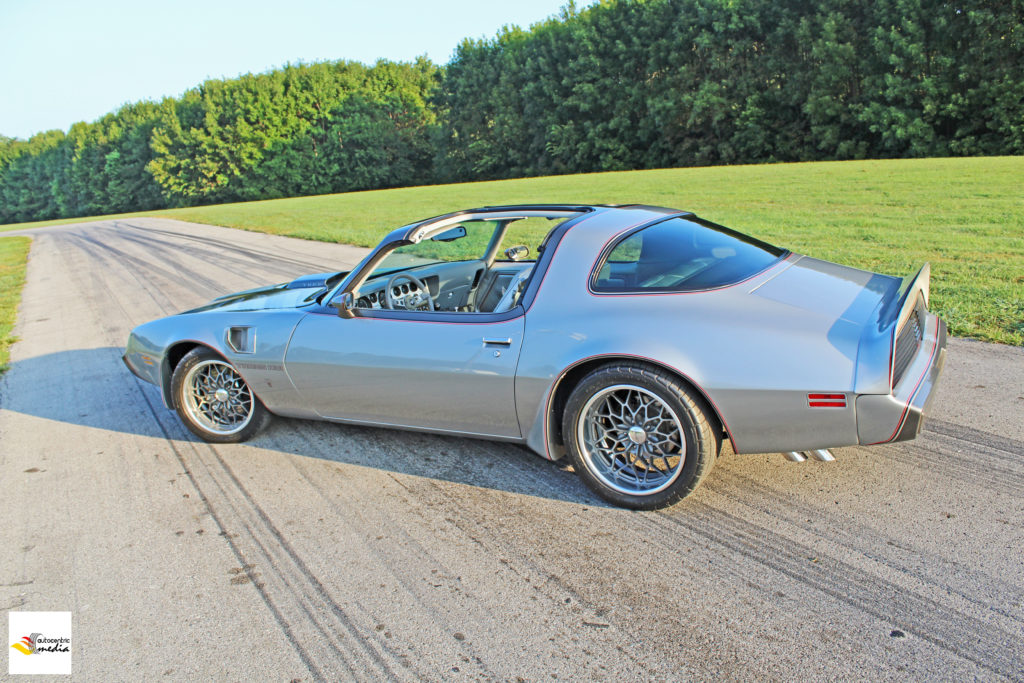 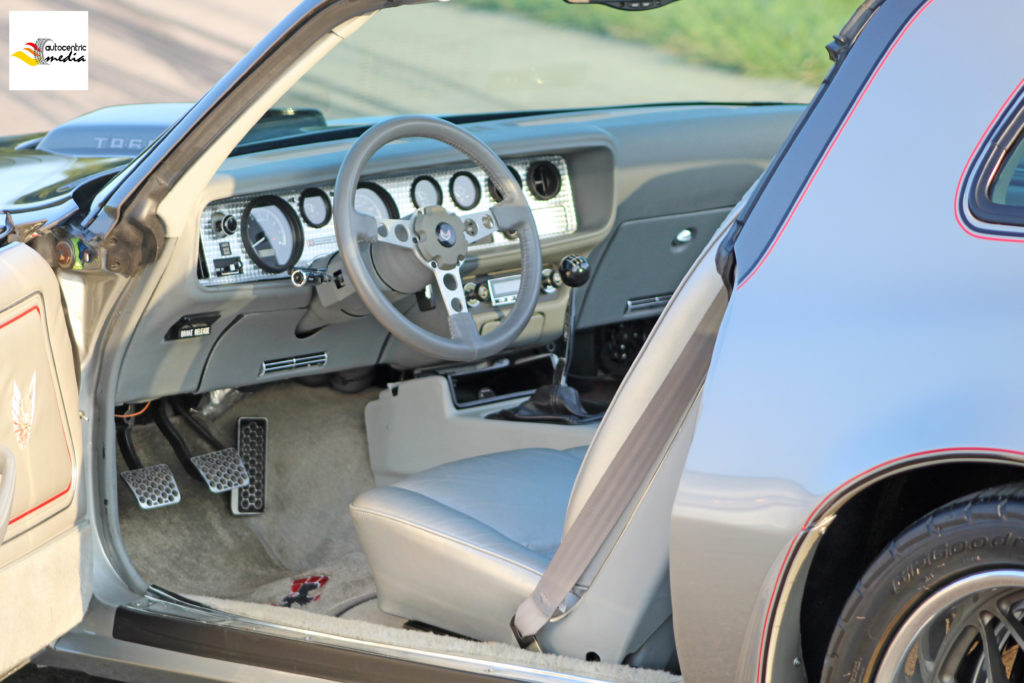 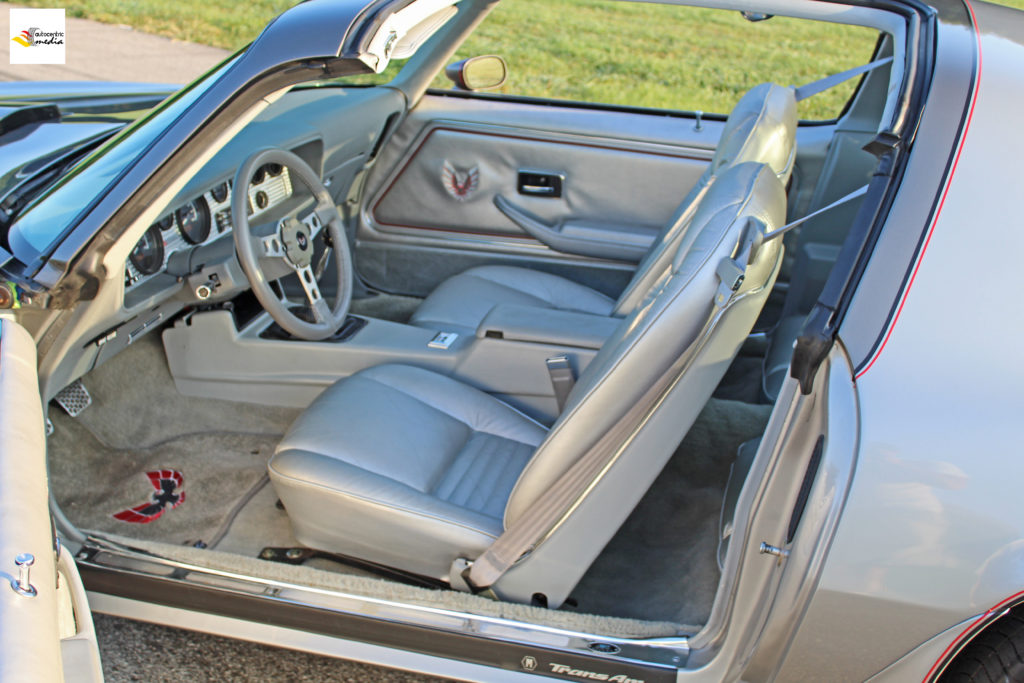 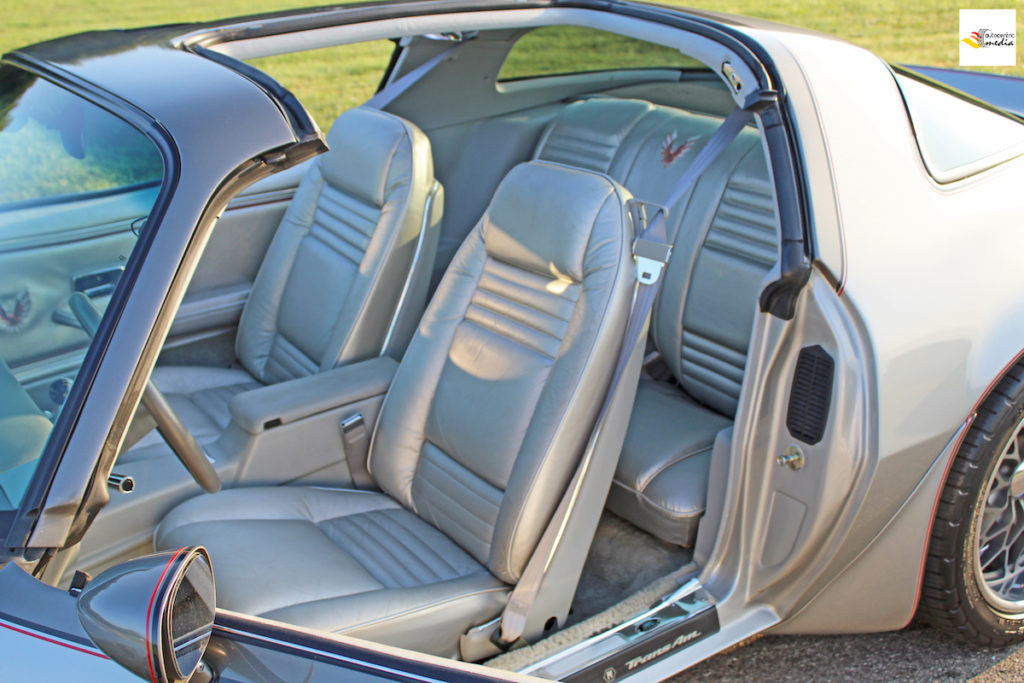 Despite the otherwise stock appearing demeanor, there are several modern updates thrown in, apart from the drivetrain. Such as the front brakes that were ordered out of the CPP catalogue, and are essentially based off of the C5 Corvette. Out back, are OEM discs pirated from an S10 Blazer help bring the second-generation Trans Am to a halt. A Tallon Hydraulics Hydroboost system takes the braking power further.

The brakes not only work great, but they’re nicely tucked behind Budnik Wheels that are designed to size in at a more modern diameter. Now, Pontiac aficionados will note that the ’79 10th-Anniversary Trans Am didn’t utilize Snowflake wheels, but instead, polished 15-inch Turbo wheels. 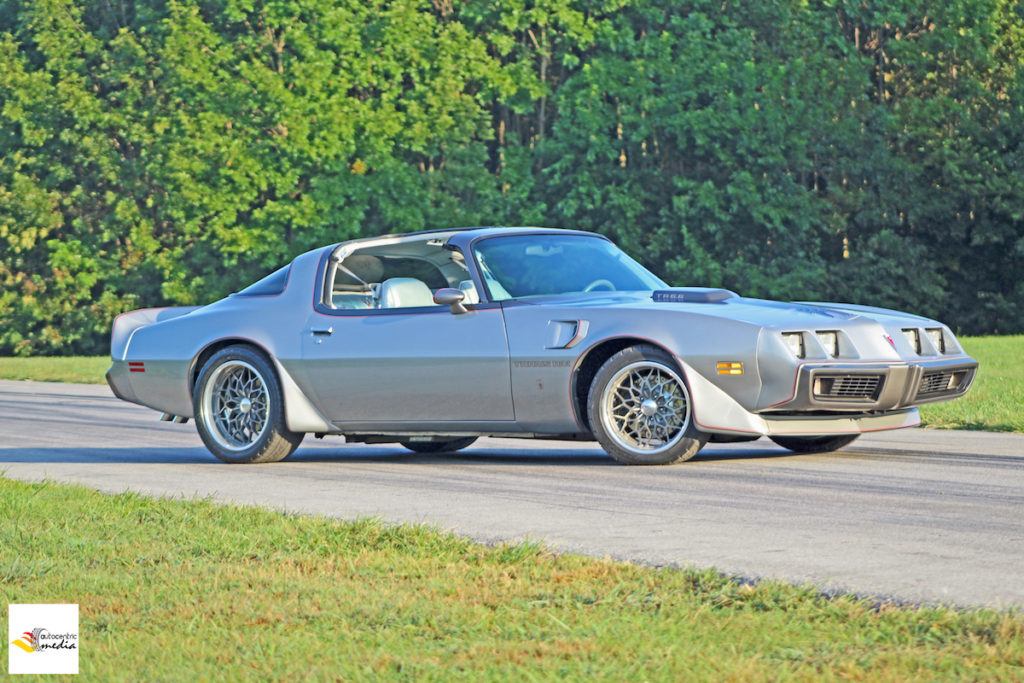 However, there isn’t a modern version of those, and frankly, many people simply prefer the look to the Snowflake. The car’s owner, Steven Splawn, wanted to bring the car up to modern standards, so the 17×8 wheels were mounted on the front, with 18×9 on the back. The drastically change the look of the car, while helping improve the overall handling.
When pairing the factory WS6 suspension, with those from Detroit Speed , Koni and Hotchkis the Trans Am is ready to take some corners on the street, as well as the autocross.

The restoration with some modern touches continues to the inside of the car, with brand new reproduction upholstery, and updated electronics. The factory red gauges have been replaced with a set of toggles from Dakota Digital and the climate control system taken brought into the 21st century, thanks to Vintage Air.

The car rides comfortable, drives like a dream, and handles better than any second-generation F-body had when it was brand new. The outwardly aesthetic is on-point, and maintains the original appearance of a 10th-Anniversary Trans Am. In a weird twist of fate, the car largely mirrors what we have planned for our own 10th-Ann Trans Am, so if that’s not a sign from above, we don’t know what is! 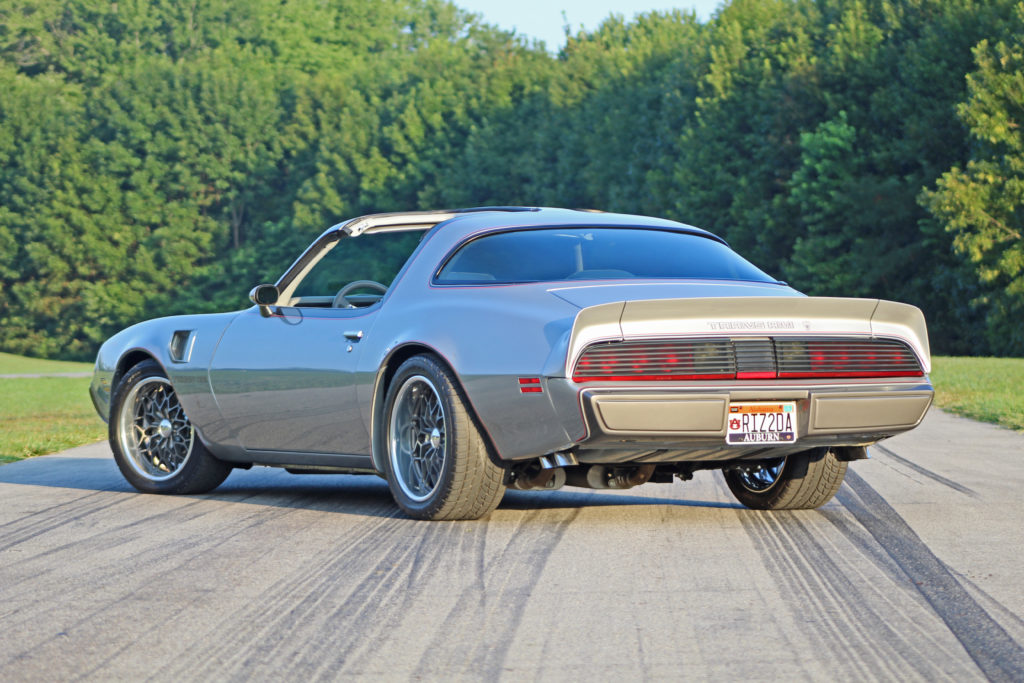