There’s nothing better than starting your week off with a feel-good type of story. There are so many different kinds out there, but when one falls into our lap involving a Fox Body Mustang and Make-A-Wish, we’re automatically on the hook.

After 17-year old Matt had a heart transplant, one of his biggest wishes was to have his ’83 Mustang given a light makeover. Only hoping for a simple paint job and the removal of a few dents, the guys at AmericanMuscle.com decided that simply wasn’t good enough.

In fact, you can say that they took it to 11, and completely revitalized Matt’s Mustang to a point that anyone would be proud to own. Being a base model 3.8L V6 car, once owned by his grandmother, it had quite the hill to climb to bring it up to snuff for a young man wanting to take pride in his car. 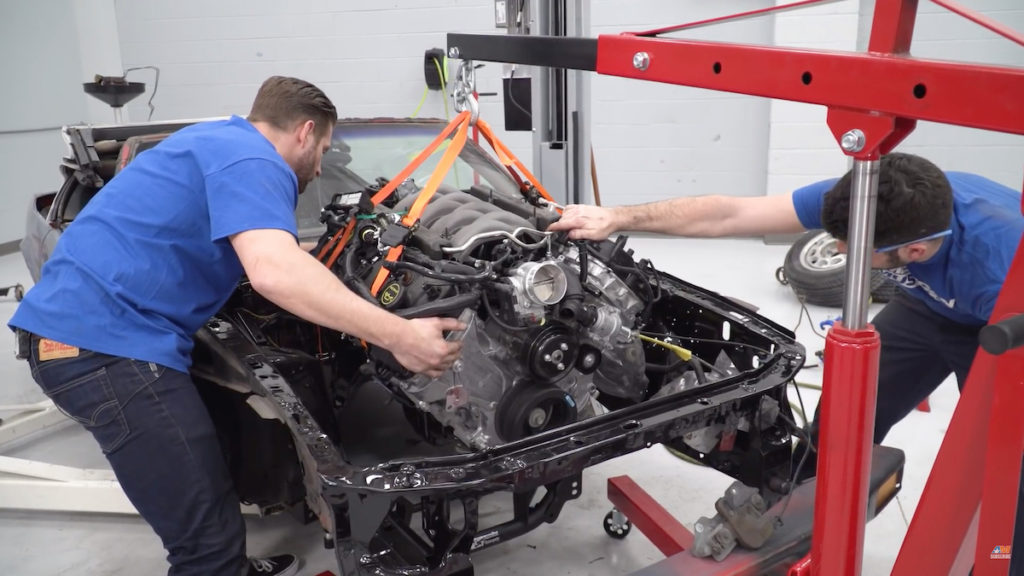 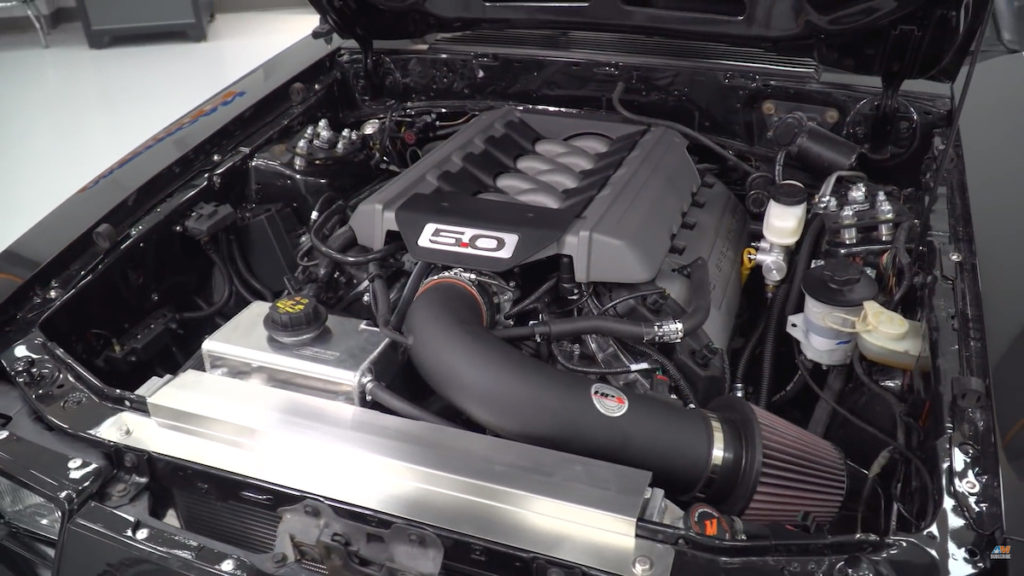 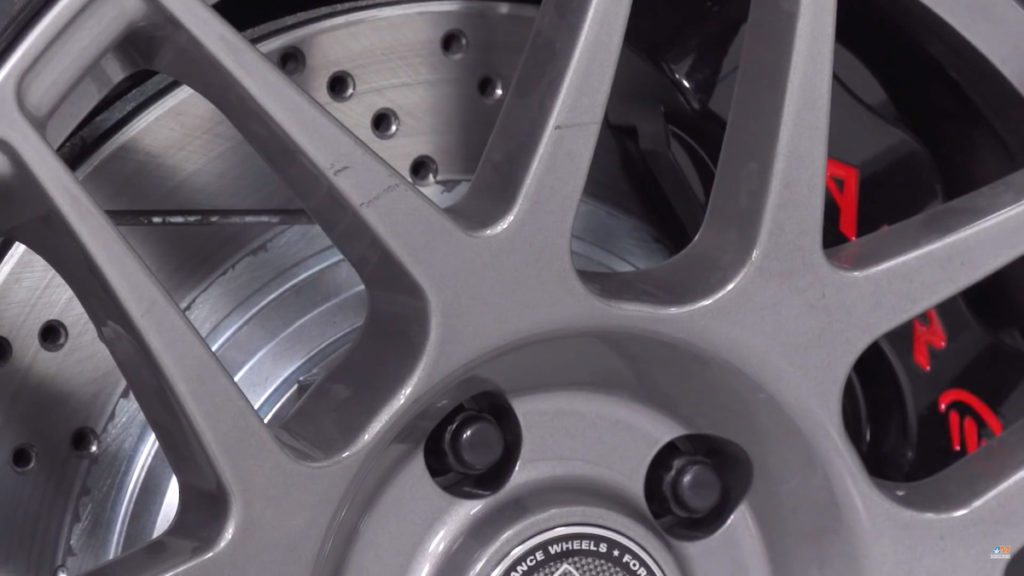 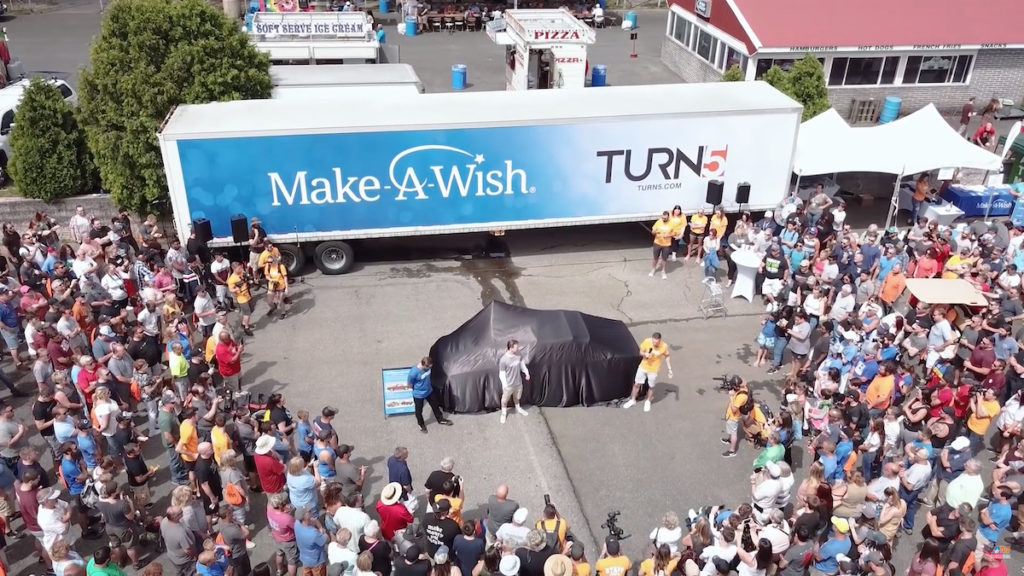 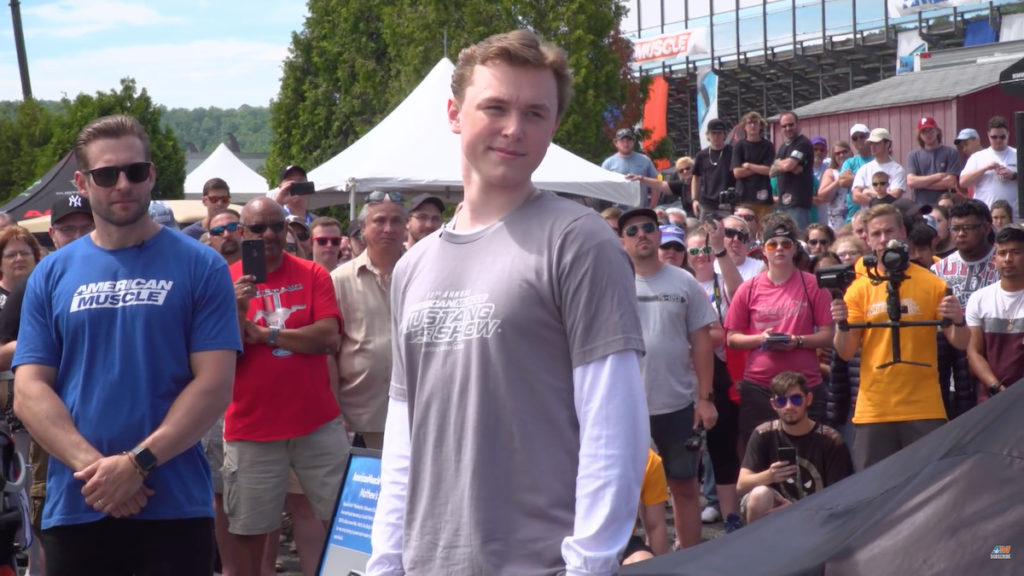 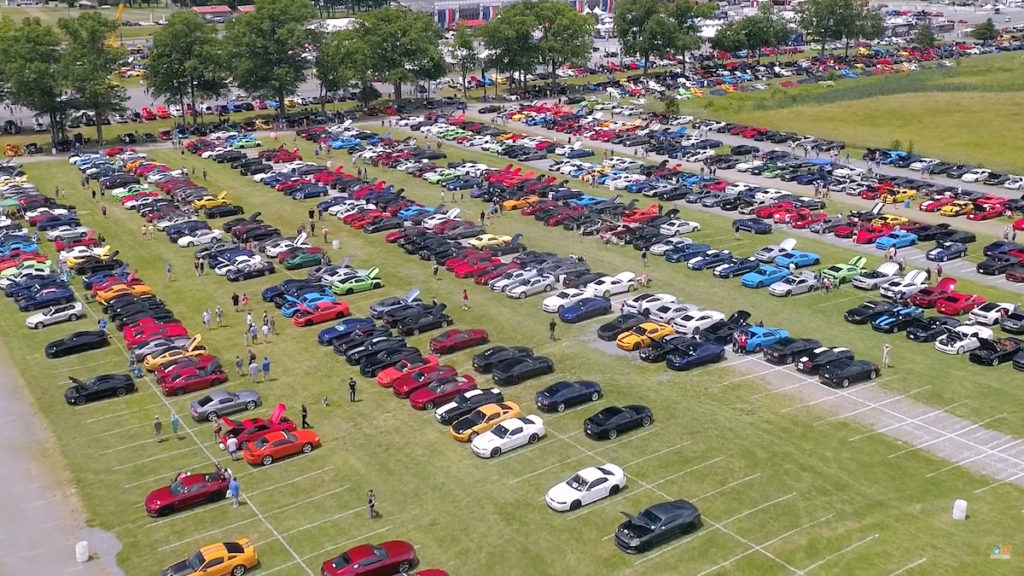 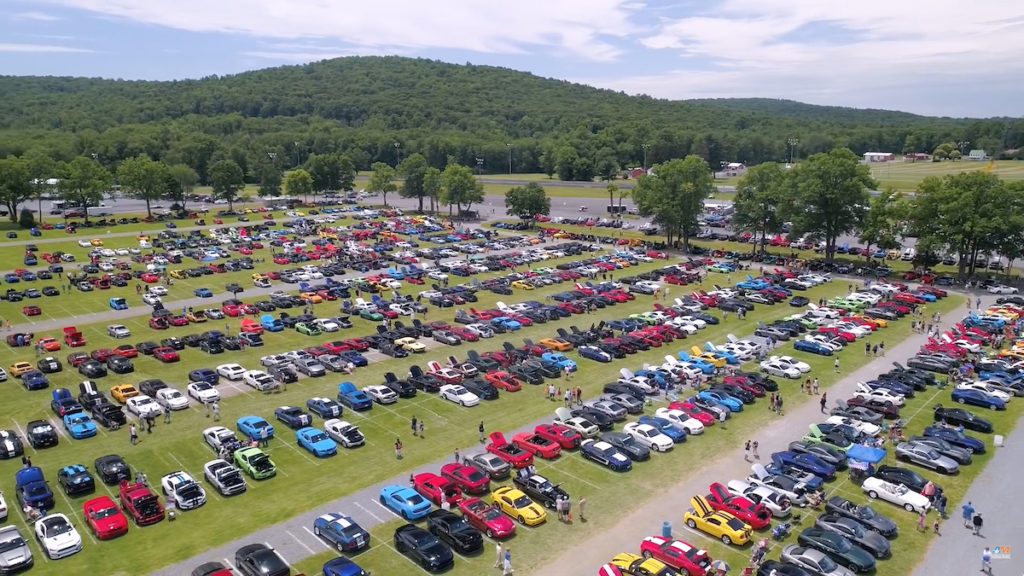 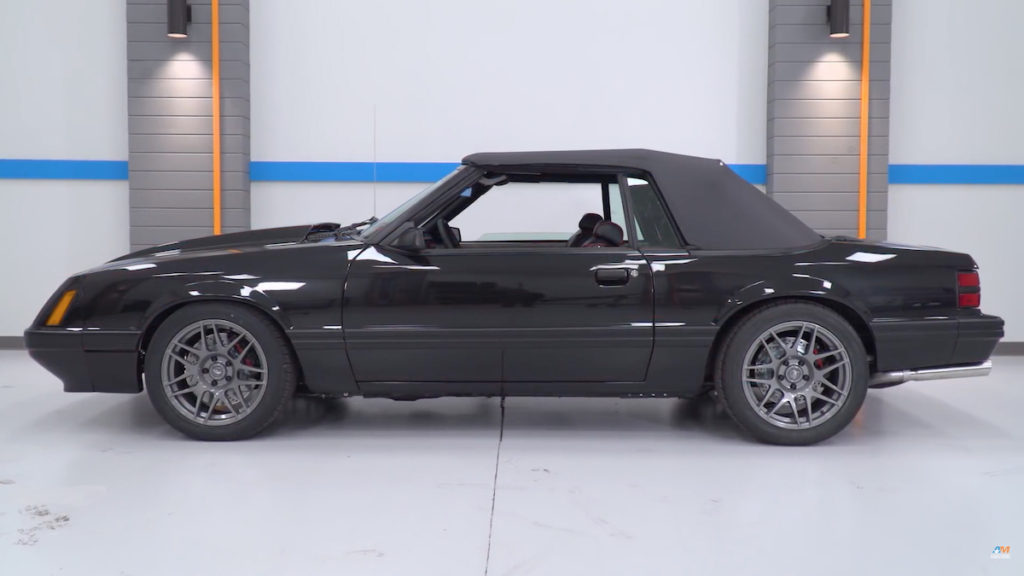 Knowing that the V6 just wouldn’t do, the crew at AmericanMuscle installed a Ford Performance Coyote crate engine and 6-speed automatic. It will send the power to a fresh 8.8-inch rear end, replacing the tired (and weak) 7.5-inch unit. Obviously, a 5-lug conversion would become a part of the mix.

The tired suspension wouldn’t do, either, so in went a full compliment of hardware from Maximum Motorsports, BMR Suspension, Eibach, Stiffler’s and SR Performance.  A Mushimoto radiator keeps the car cool, while Kooks headers and Magnaflow mufflers help get the spent gases moving quicker. Baer brakes brings the car to a stop, and Forgestar F14s in charcoal, in 17-inch diameter and Nitto Motivo rubber bring the undercarriage and rolling stock up to date.

On the inside, the interior was completely replaced, the stereo was updated and the crusty, white convertible top was ditched for a fresh black one, to tie the car in a lot better. The Mustang was unveiled at this year’s AmericanMuscle.com Mustang Show in Pennsylvania, where Matt was on-hand to accept his complete reborn ’83 Mustang. Needless to say, he was floored!

Get the full story in the video above, if you habit already watched it, and you can also see which parts, exactly, went into Matt’s build HERE. 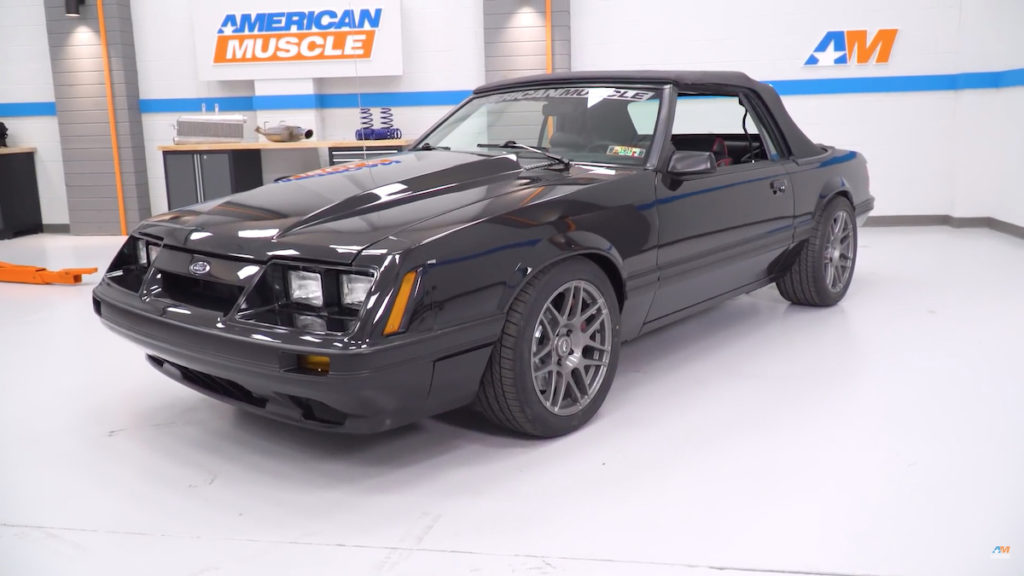 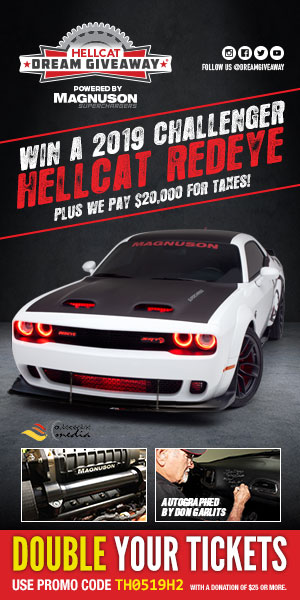