With the 2019 SEMA Show just around the corner, our inbox is getting flooded with news from all over the country, relaying early information regarding the new products and customized vehicles we’ll see at the show. As an industry-only event, the SEMA Show is intended to bring automotive journalists, car builders, tuners and manufacturers from all over the world to network, connect and plan for the future.

It’s also an opportunity for some of us to team up on a project, for the following year. Such is the case with Lebanon Ford, and their offshoot brand, LFP — Lebanon Ford Performance. It’s intended to offer potential customers of new Ford products the opportunity to purchase a modified performance vehicle right off of the showroom floor — with a warranty.

Their latest endeavor can be seen here, a brand new F150 RCSB that’s been tastefully modified with performance and cosmetic upgrades. Right from the outset, you’ll notice the unusual color, the wheels and the ride height.

Our more eagle-eyed viewers will also notice the throwback “Lightning” callouts on each of the front fenders. Before the casual onlookers jump to conclusions thinking this is just some cosmetic package, we should tell you that it’s cranking out nearly double what the final number was for the 2002 Lightning. 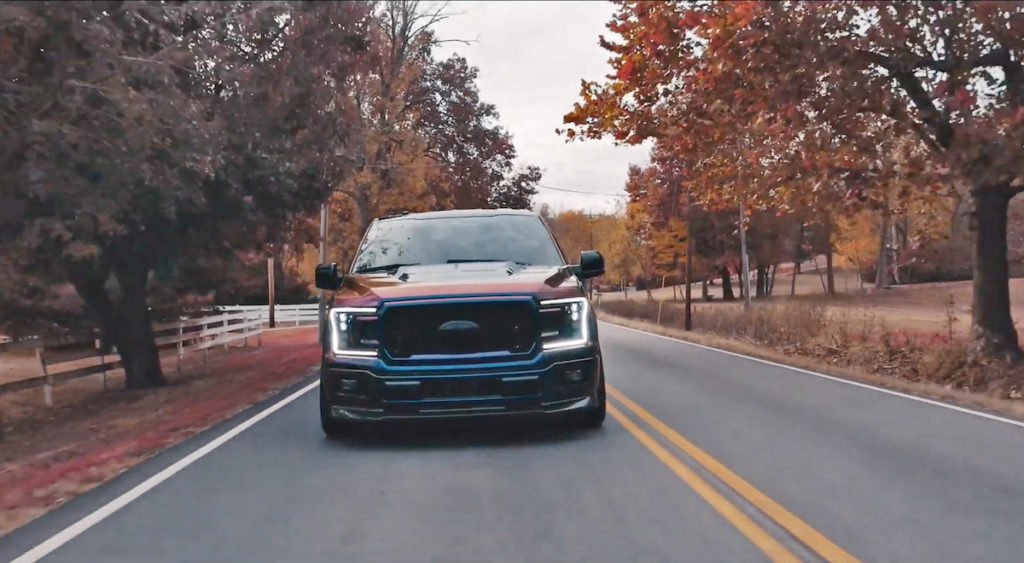 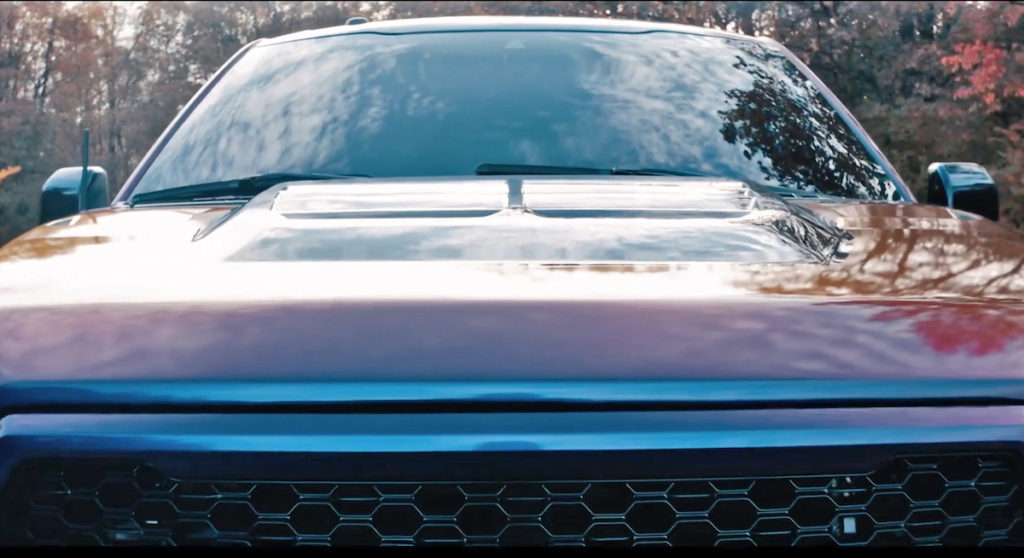 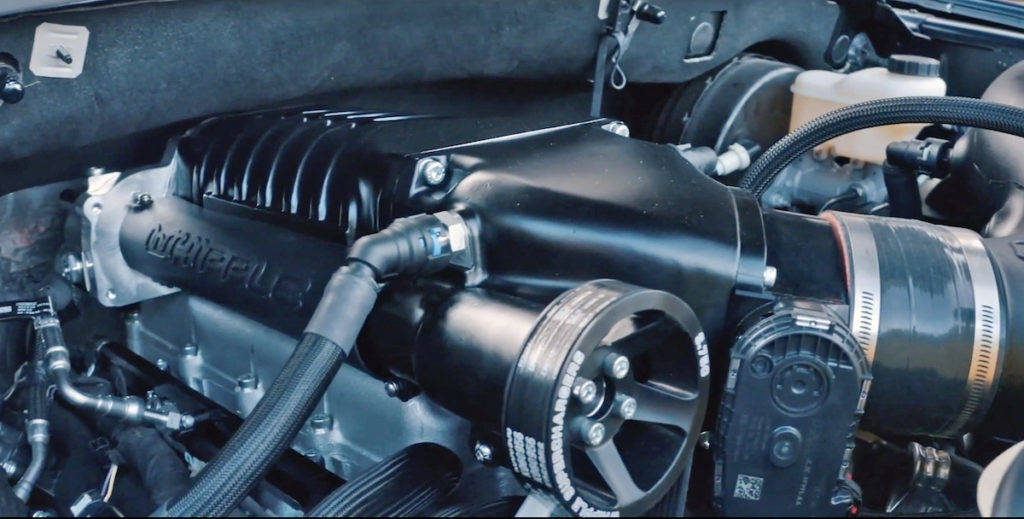 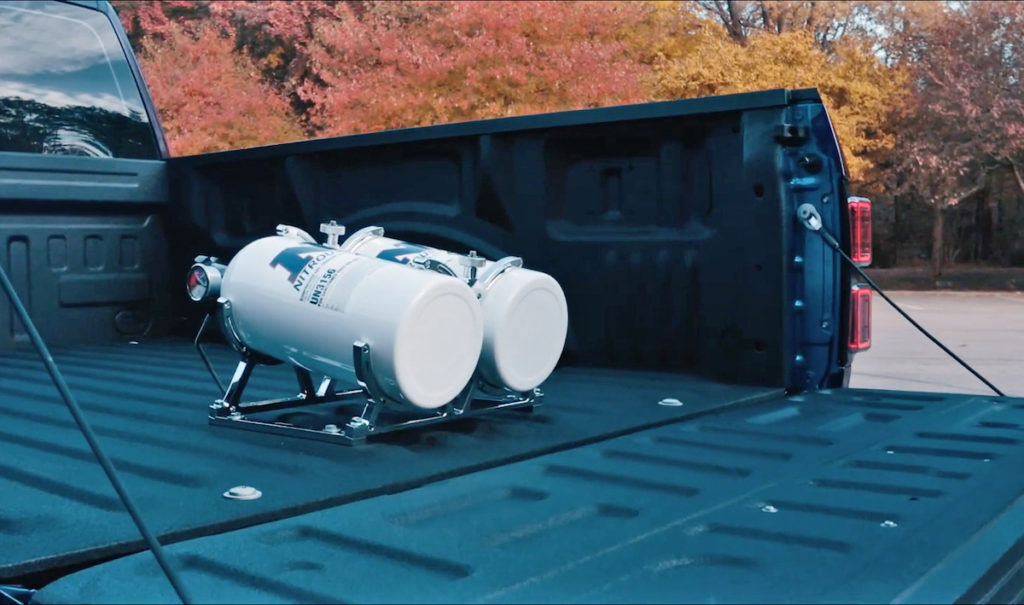 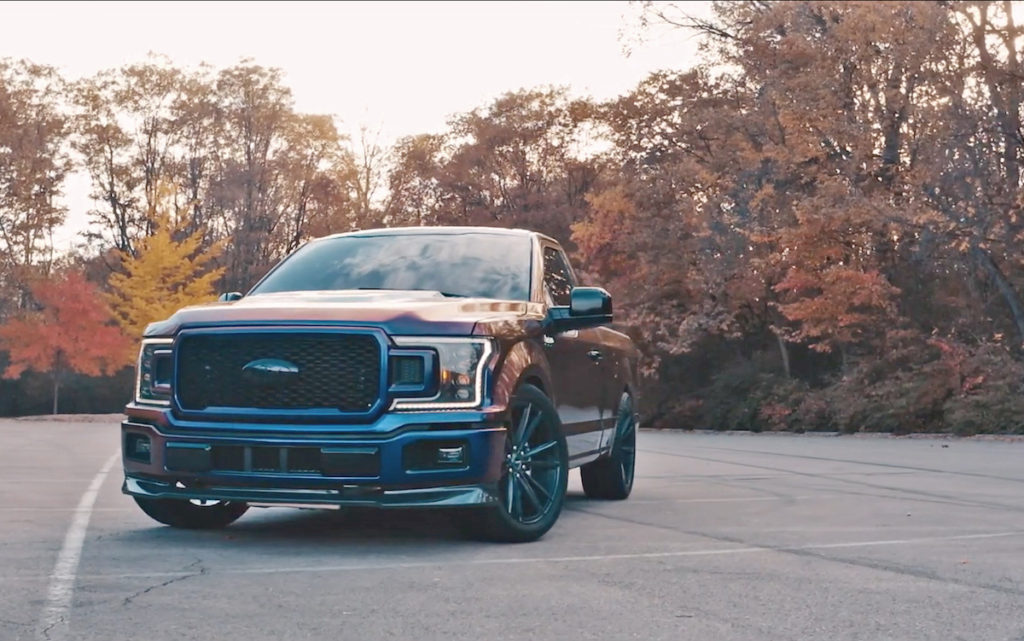 This was possible, in large part, to the Whipple Superchargers Stage 2 blower mounted on top of the 5-liter V8. In addition, a Nitrous Express kit is good for an additional 200-300hp, on top of the 725hp the truck is producing without the spray.

The mechanicals were handled by Lebanon Ford Performance, while Team Beefcake Racing handled the tuning, using a Lund Racing custom tune. To ensure that the Lightning has the correct soundtrack, and a few additional ponies, CORSA Performance threw their hat into the ring with one of their exhaust systems.

The Lightning stays planted to the ground, thanks to a BellTech suspension kit and Vellgen Wheels.

Oh, and that unusual color? It’s not paint. It’s an Avery Dennison wrap that was applied by Atlanta Custom Wraps in Georgia. An RK Sport carbon fiber hood saves a few pounds, while adding an improved aesthetic to the vehicle. In addition, the RetroFit Source headlights and taillights, and a SDX grille take things even further.

Although this Lightning wasn’t actually produced by SVT or Ford itself, it’s certainly a fitting vehicle for someone who wants a modern take on the iconic muscle truck.

The truck will be front and center in the CORSA Performance booth at this year’s SEMA show, and we’ll be grabbing some shots for Blue Oval Muscle.com, as well as its social media accounts while we’re own Las Vegas. 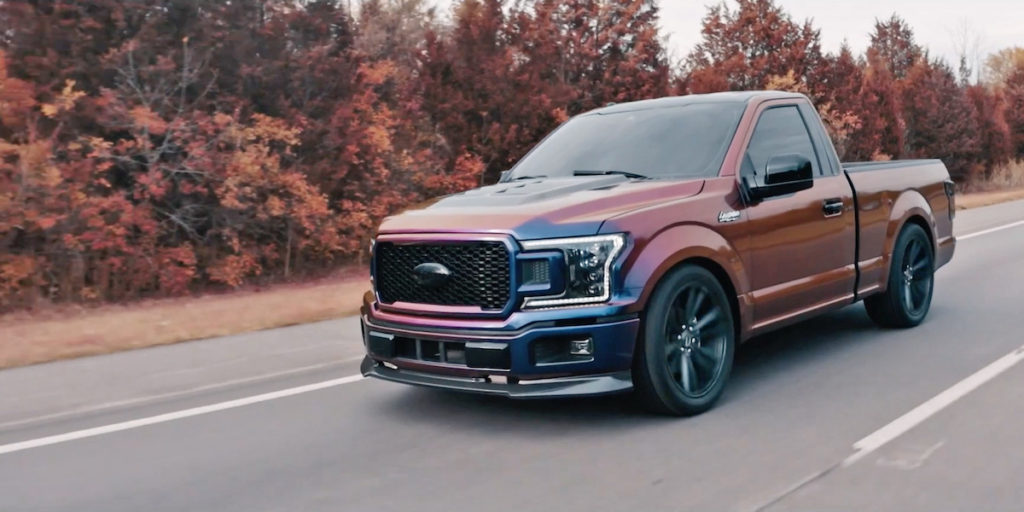