Charging Forward: No, the Camaro Isn’t Being Cancelled — Yet 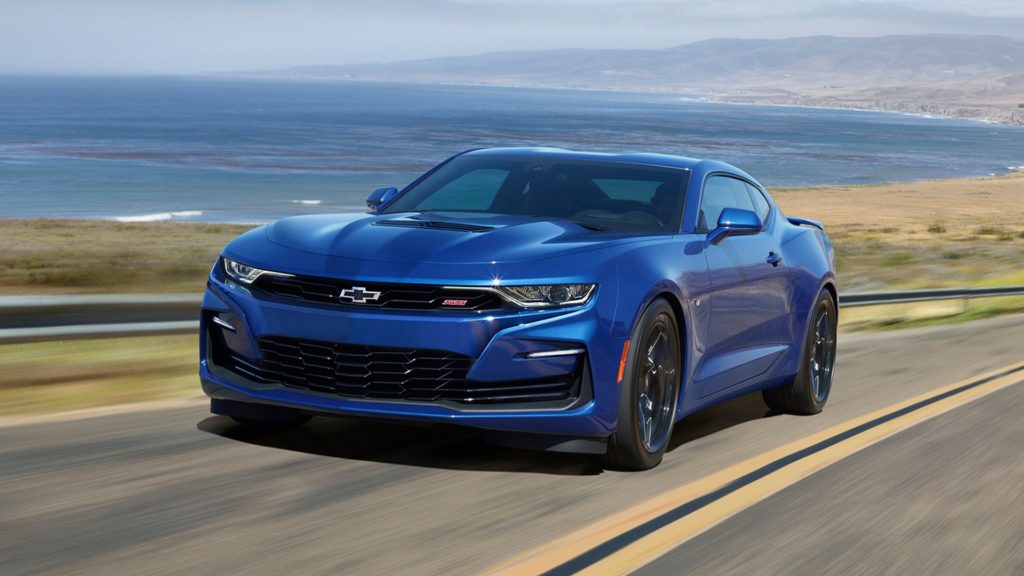 Let’s Not Jump the Gun Over Speculation — or Fake News

In an age where anyone can start a universal rumor with a laptop, anything can be said and many will believe it. We all know the term as, “Fake News.” While in the middle of working on one of our yet-to-be-announced project cars for AutoCentric Media, my phone started blowing up about “news” regarding the ‘imminent death of the Camaro for 2023.’

Largely making its rounds by Motor Authority, the author of the article sourced a little known website called, Muscle Cars & Trucks. It’s a website I have never heard of until today, but apparently, it has been around for about a year now. The original source stated that due to slow sales, a rumored delay in the seventh-gen Camaro and the fact that Al Oppenheiser was moved off of the project (months ago), the Camaro would cease production after 2023.

I have to admit, none of this seems promising for Camaro, but that doesn’t mean that the car is officially getting canceled either, at least not yet. When Motor Authority called to verify if the cancelation of the Camaro was remotely accurate, Chevrolet brass allegedly said, “While we will not engage in speculation, we will remind you of our recently announced updates coming to the Camaro lineup this fall. An all-new LT1 model will provide customers V8 power with the design and affordability of our LT trim. The award-winning SS model will feature a new front fascia from the Camaro Shock concept. All of our updates are customer-driven to improve the car and its driving experience.” 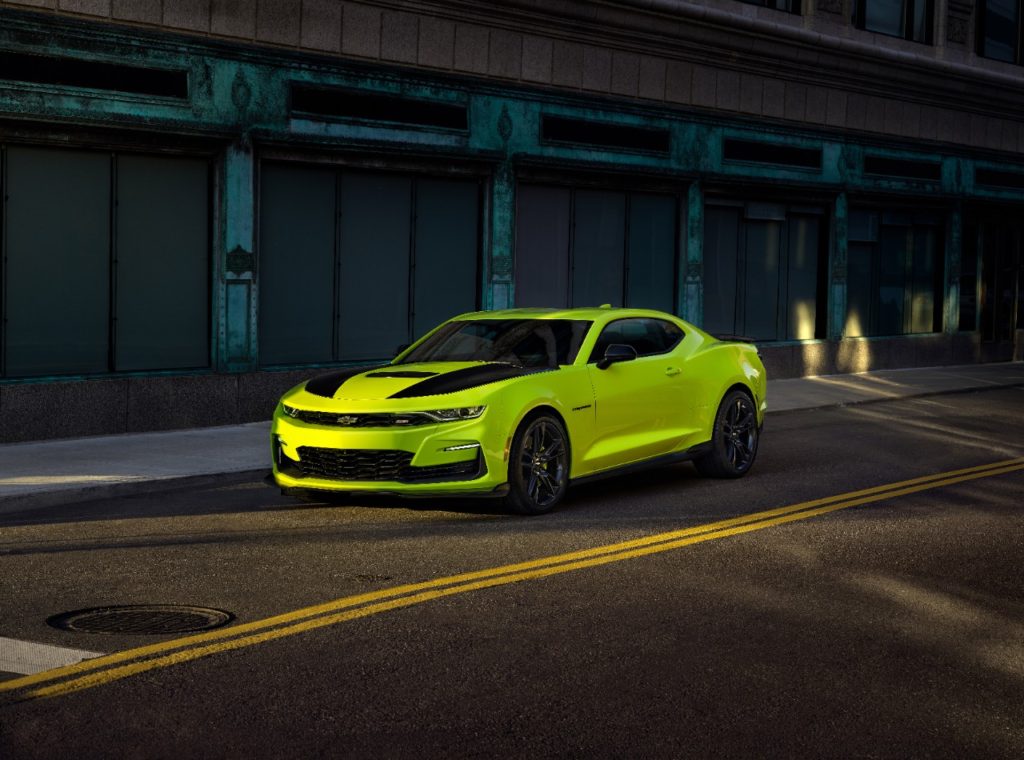 Obviously, we’re used to them providing us with vague dialogue whenever new and/or yet-to-be-announced (or shelved) product is concerned, but we shouldn’t be spreading rumors or falsehoods. That said, there’s some merit behind the reasoning of his accusations.

First, there’s the slow sales. This isn’t new to the Camaro nameplate, as the fourth-generation car never really was a high-volume seller, either. Production peaked in 1979 — piggybacking off of the success of its sister car, the Firebird — thanks in part to Smokey and the Bandit. The popularity would continue though much of the third-generation era, but it seemed to slow to a crawl through the ’90s and into the early 2000s, ultimately canceling both it, and the Firebird in 2002. 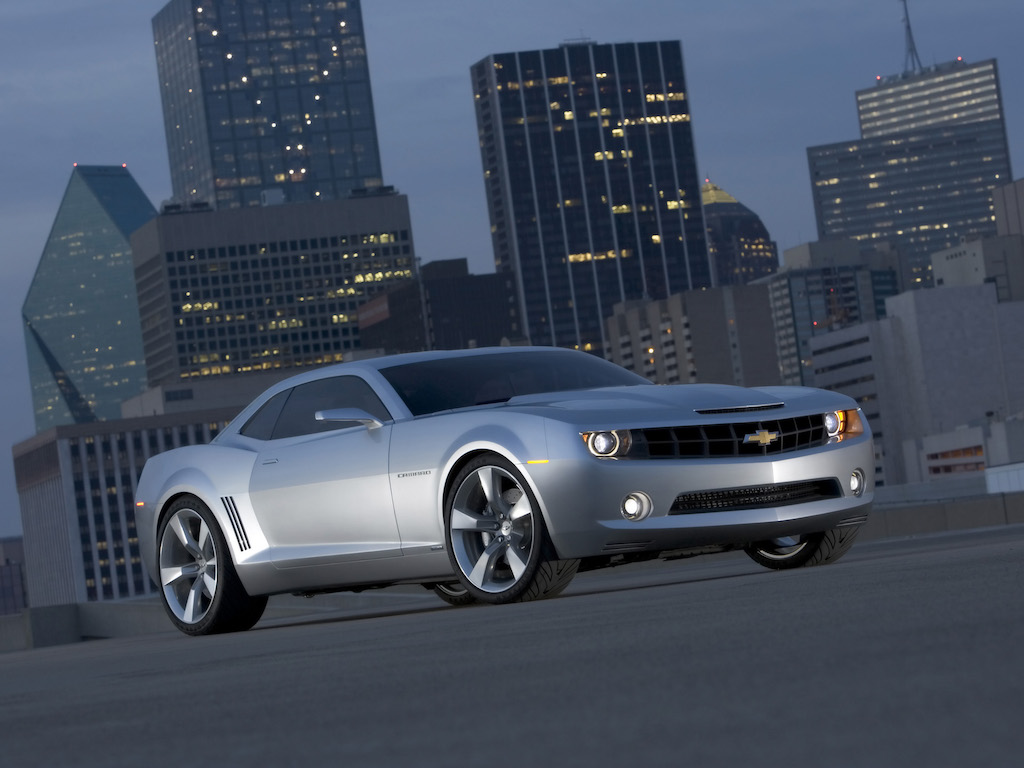 Fast-forward a half-decade later, and the 2006 Camaro Concept took the world by storm; modern/retro styling based off of the 1969 model, over 400hp on demand, and new technologies and features that the previous generation simply didn’t have, including an independent rear suspension.

The concept was used in countless die-cast toys, posters, T-shirts, and even the first Transformers film from 2007. It was a sensation, and after four long years, we finally were able to climb behind the wheel of the production model and take it for a spin. It had a few chinks in the armor; the weight, the blind spots of the C-pillar and the low, chopped-style roof made you feel like you were sitting in a bunker. It didn’t matter, because it was otherwise an amazing driving machine, it was quick, and the styling left personalization with no limits.

It also provided the resurrection of the COPO, 1LE, ZL1, and a hyphen-equipped Z/28 track machine. The Camaro was back, baby! It was almost like a compilation of what made the Camaro great, over the previous four generations, in the first place. Think of it as, “The Camaro’s Greatest Hits,” all in one car. It was the first time, in a very long time, that the Camaro would go on to outsell both the Mustang and Challenger, combined.

When the word spread that the 5th-gen’s Zeta architecture would be put to pasture, and with it, the fifth-generation Camaro, anticipation reached a fever pitch on what the 6th-gen would bring. Endless fan-made renderings, including one depicting a 1970-styled car, was a favorite and some even went as far as rendering a new car based on 3rd-gen styling cues.

But it didn’t happen.

Instead, Chevrolet figured they better play it safe, and give us a new generation of Camaro that continued the theme of a retro 1969 car, but with more modern stying tweaks. It confused, and to a certain degree, disappointed some fans expecting a totally new car — per what Chevrolet had done with all of the previous five generations.

Technically, it was a whole new car.

It featured all new powertrains, drivetrains, braking systems, suspension geometry and an entirely new platform, shared with Cadillac’s ATS. Not one body panel, even the glass, carried over and the interior was replaced entirely. It was smaller, 200-300 pounds lighter, and far more nimble. It’s so good, that they say the current 455hp 1LE SS will outpace the 505hp, 2015 Z/28 track monster on a road course.

However, those even vaguely out of the loop didn’t realize this, and still to this day, many simply assume that it’s essentially a rekinned 5th-gen. Therein lies the rub. 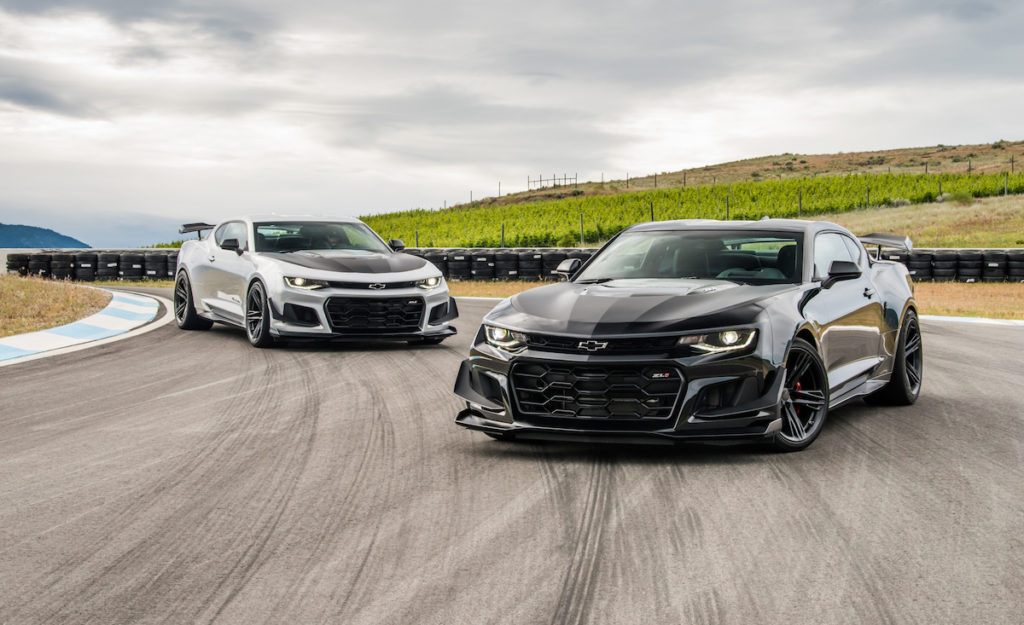 It’s hard to bill something as “fresh and new,” if to the untrained eye, it isn’t. Toss in the fact that there was little effort to really market, or push, the car into the garage of Joe Consumer, and you can understand why the car’s sales have slowed to a crawl.

In addition, Ford unveiled an all-new Mustang in 2015, and FCA injected the now ancient Challenger with several shots of adrenaline (Hellcat, Scat Pack, et al.) and a very soft makeover that same year, and you can see why the current Camaro isn’t quite as hot, in terms of sales, as the previous generation.

Right now, the aforementioned Challenger is outselling both the Mustang and the Camaro, and despite being around since 2008, essentially, the fan boys are flocking to it in droves. Aggressive styling, the availability of 800hp, and frankly, a badass marketing campaign will do that for you. That car has seemingly been everywhere since its 2015 refresh and it doesn’t seem to be slowing down any time soon. Dodge knows its market, and that’s gear heads with a passion for performance and speed.

The current ZL1 falls short of the Hellcat Redeye by nearly 150hp, even nearly 60hp short, of the standard Hellcat. Of course the ZL1 is designed to carve corners, and the Challenger isn’t, while weighing as much as a 13-year old Trailblazer SS.

Unfortunately, the internet fan boys — some of which do have the coin — don’t care, and are speaking with their wallets. They might not be ponying up the cash for a Hellcat, but they’re just as eager, and enthusiastic, for the standard V6 or 5.7L HEMI Challenger R/T they’ve ended up with.

Then there’s the reshuffling of the staff, most notably, Al Oppenheiser moving to electric vehicle development. It sounds odd, as well as a little scary for the outlook, since he’s been considered the Father of the Camaro for the last 15-20 years. However, there’s additional speculation and reasoning behind this, and that could very well be a slightly different direction for the Camaro. Maybe there will be a four-door? Perhaps it will share a platform with an upcoming electric car or hybrid vehicle?

We’ve heard ourselves, several years ago from an actual “insider,” that the current LT engine architecture is the final hurrah for pushrod-type V8s from GM. Until we get some solid info from the source themselves, we more than likely won’t report on it, just for the sake of clickbait.

Will the Camaro live forever? Probably not. But is it a sure thing that it will die in 2023? Time will tell, and until Chevrolet makes that formal announcement, we’ll support the car and keep our hopes high. In the meantime, check out the updated-for-2020 Camaro at you local Chevy dealer, and be sure to take a spin behind the wheel of the new Camaro LT1 — a budget-friendly muscle car enthusiasts have been asking for, for a very long time!