The C7 is an important chapter in the history of Corvette. It’s the first Corvette that genuinely put the car in direct competition with its European rivals, it offered truly modern technological innovations and it was the last of the front engine/rear drive layout. With several engine options, performance packages and iconic trim levels attached to the car, like Grand Sport, Z06 and ZR1, it offered buyers the power to select a model with anywhere from 455hp to 755hp. 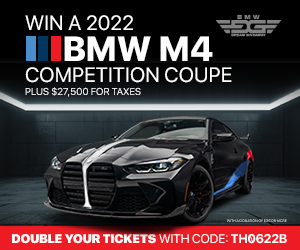 Some cite the Grand Sport as the perfect balance — the best driver’s car out of the entire C7 lineup. It offers plenty of performance with the LT1 powerplant, but has additional handling and braking characteristics to help take the car to the next level. You get a great riding sports car with razor sharp handling. However, some simply can’t leave well enough alone.

Recently, our friends at Florida High Performance got their hands on a customer’s 2017 C7 Corvette Grand Sport, that was packing a ton of mouthwatering hardware. With 740hp at the rear wheels from a stock bottom end LT1, the mod list is simple, but pretty impressive. Owned by the owner of C7 Performance, there’s a ton of carbon fiber trim inside and outside of the car. 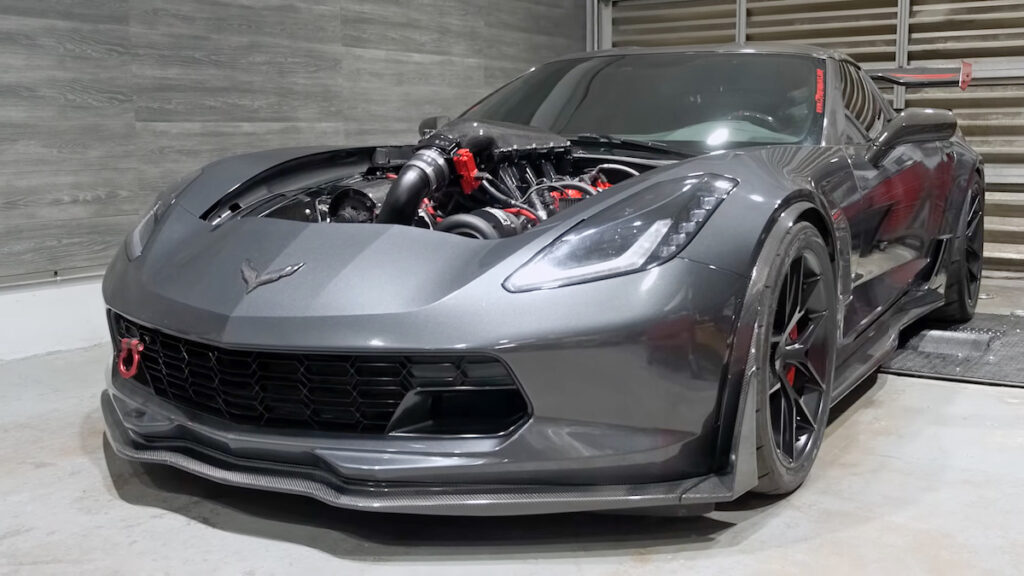 The party piece, which is normally under a hood, is the engine, though. The LT1 is equipped with a carbon Holley High-Rise intake, which is why the hood has been ditched to being with. Pairing it with an ECS supercharger and a set of Frankenstein CNC ported stock heads really increases the air flow. Believe it or not, the OEM throttle body is quite the bottle neck with this particular set up, and a Katech 130mm throttle body was implemented to provide an additional 17hp to the tires.

Rounding out the top end is a custom FLHP-spec’d COMP camshaft which helps the C7 generate the 740hp. Naturally, you can’t have all of this going on with upgraded oiling and cooling capabilities, so a  DeWitts cooling system paired with Mishimoto hoses helps keeps things cool. A Mighty Mouse catch can improves oiling capabilities. Stock exhaust manifolds are still in place, with a high-flowing exhaust out back. The car has tons of carbon aero, and a set of Forgeline wheels sit at all four corners. 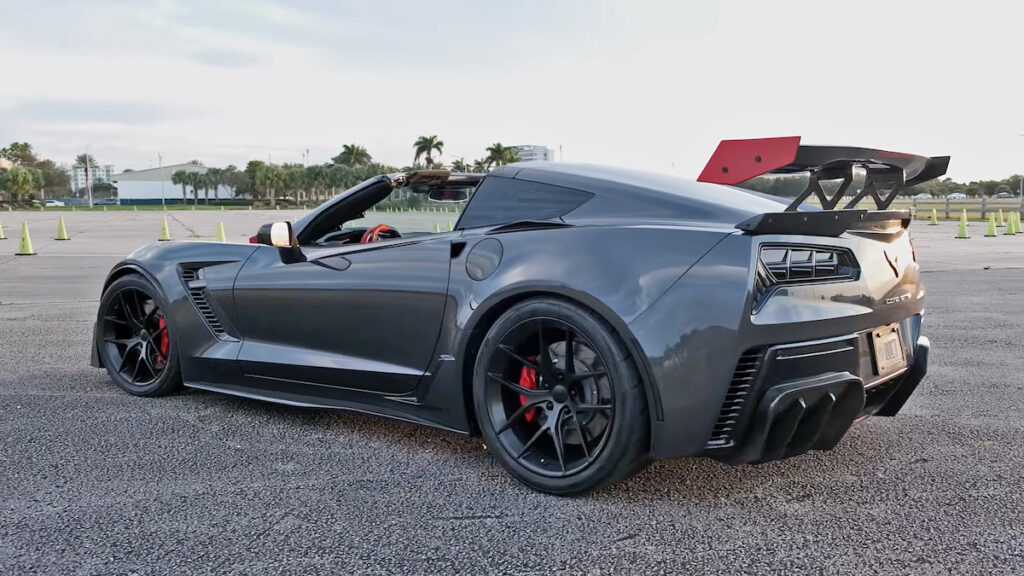 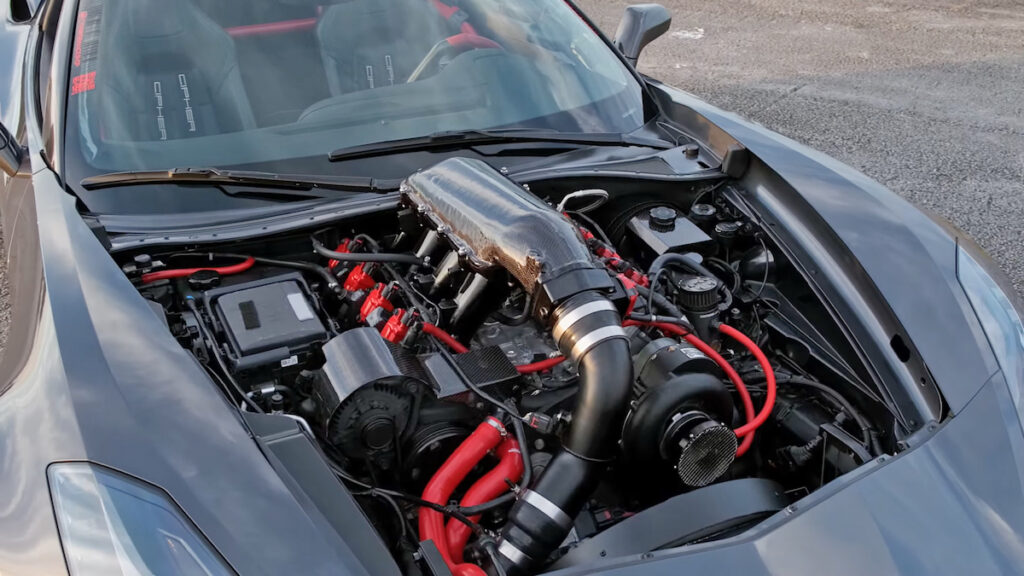 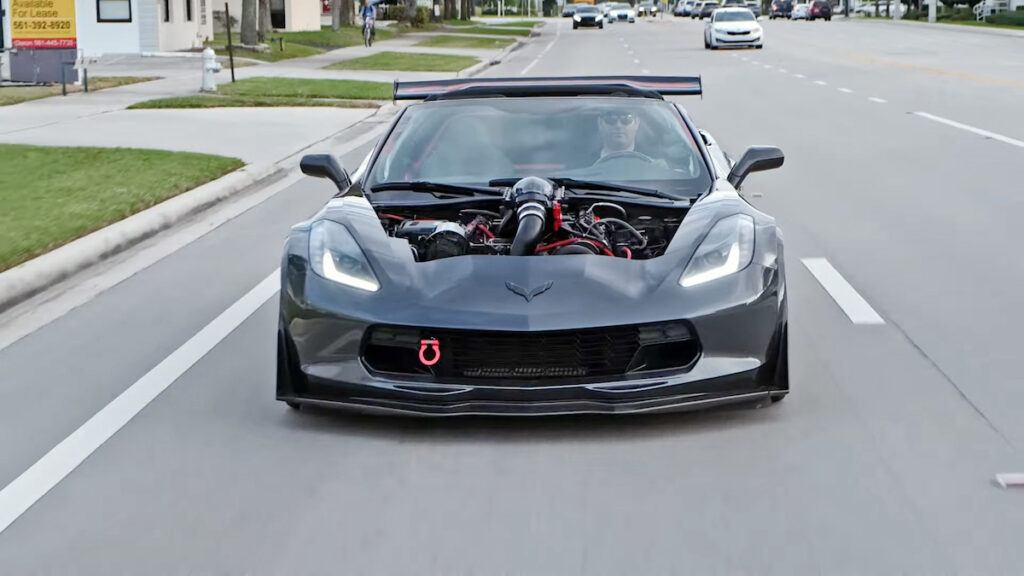 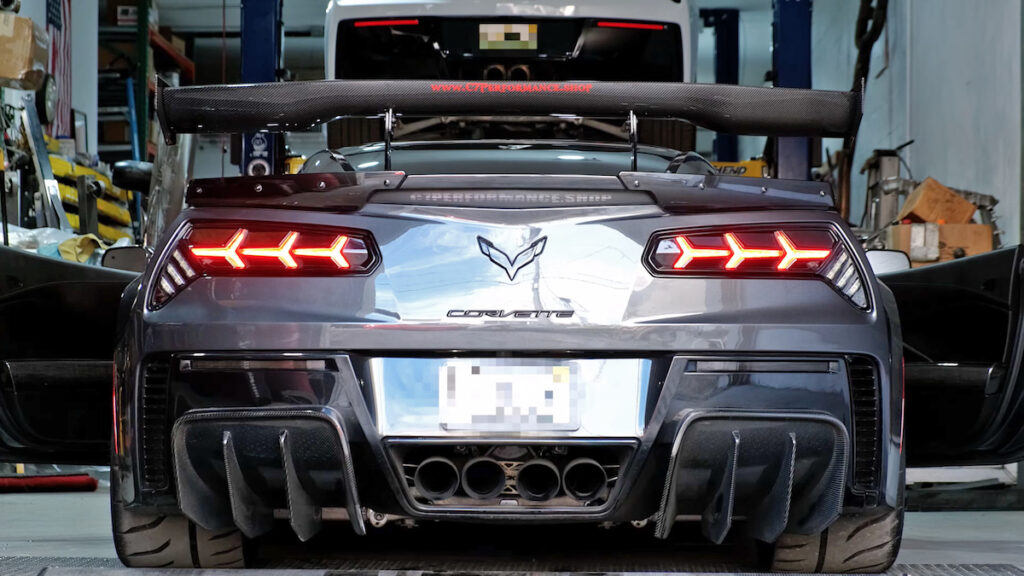 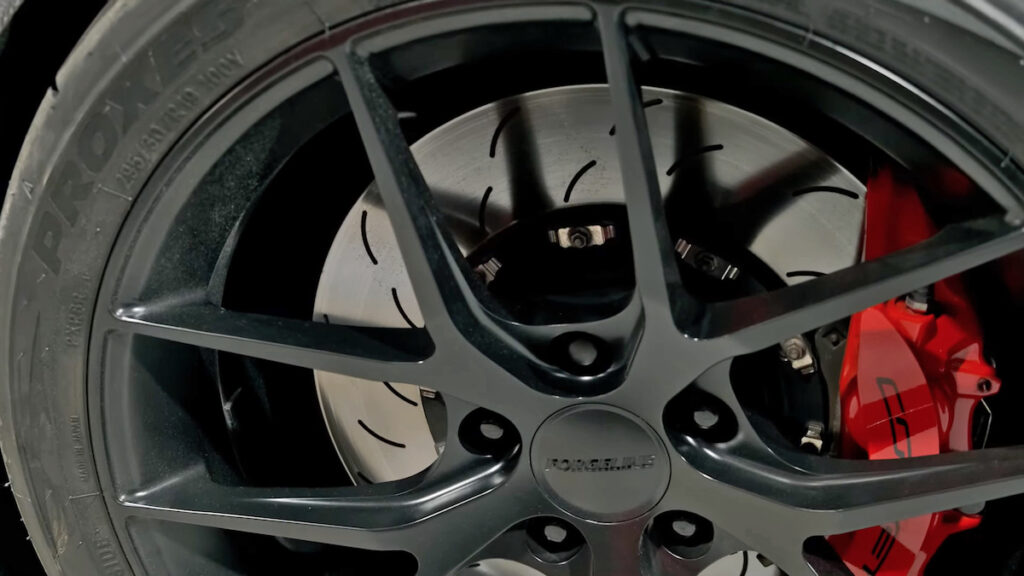 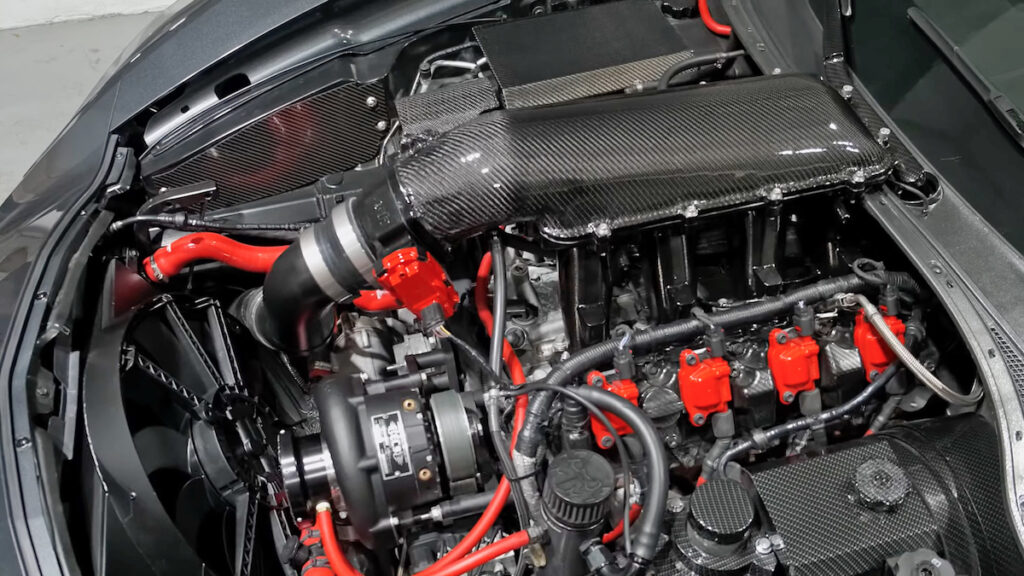 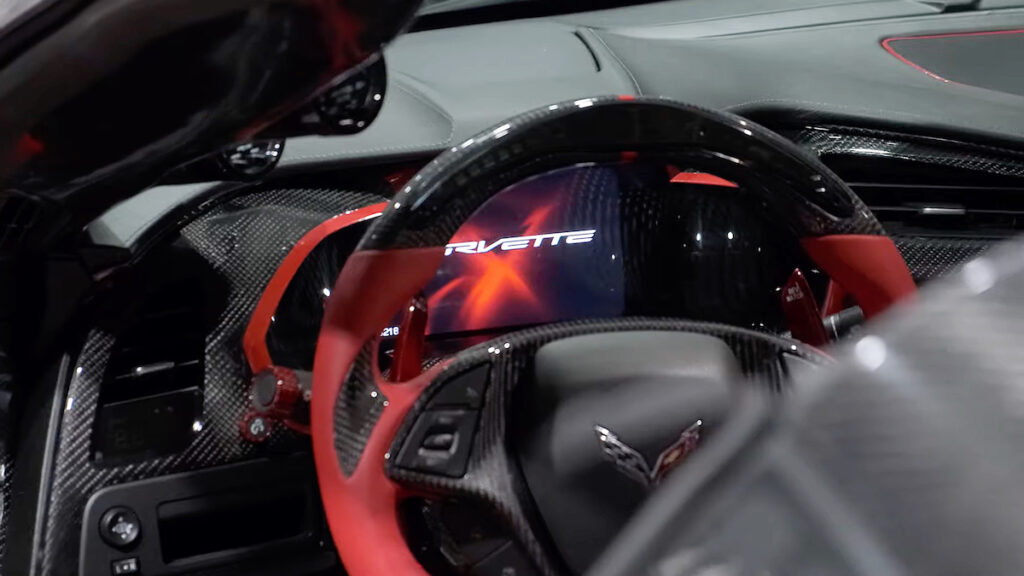 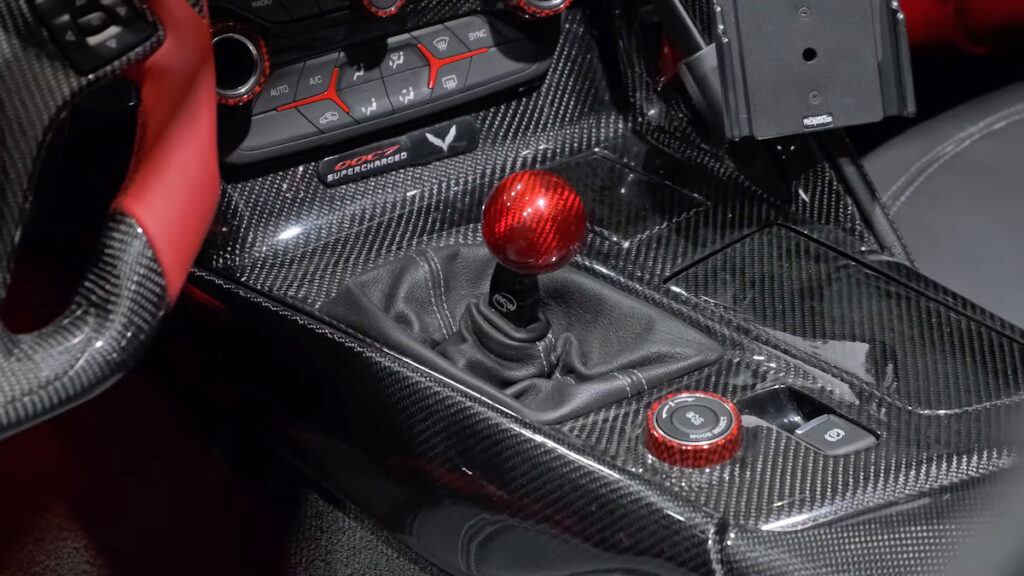 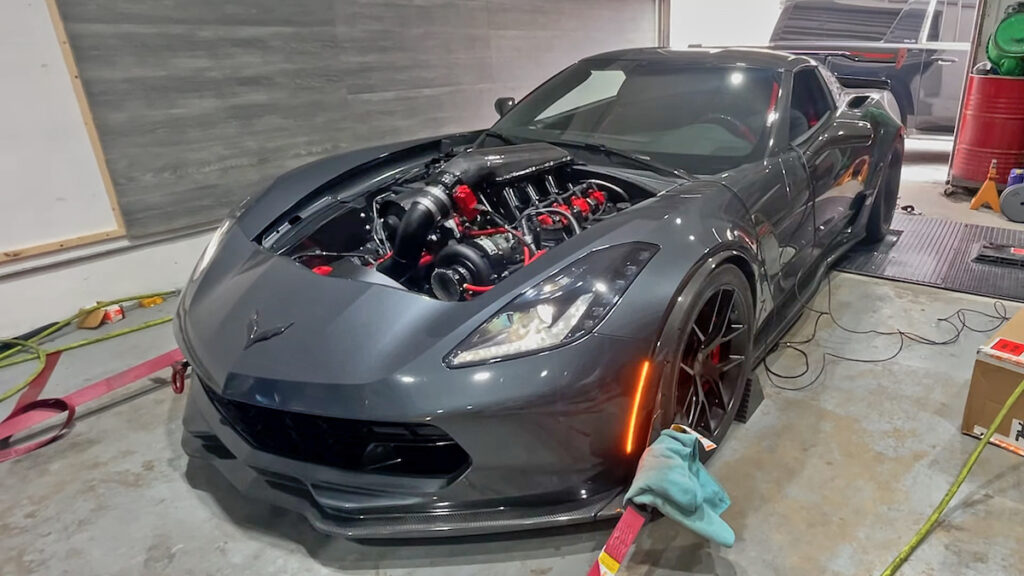 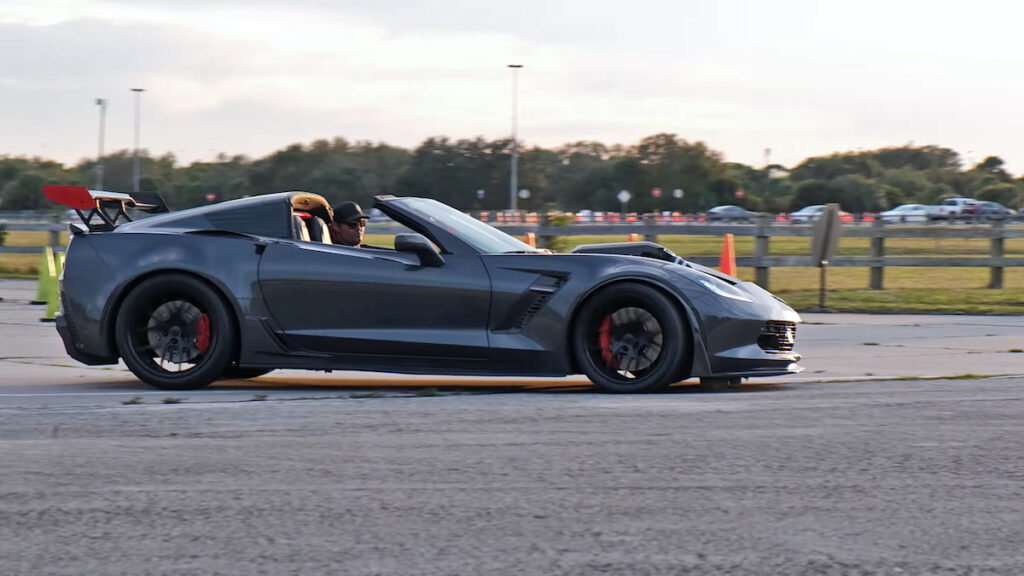