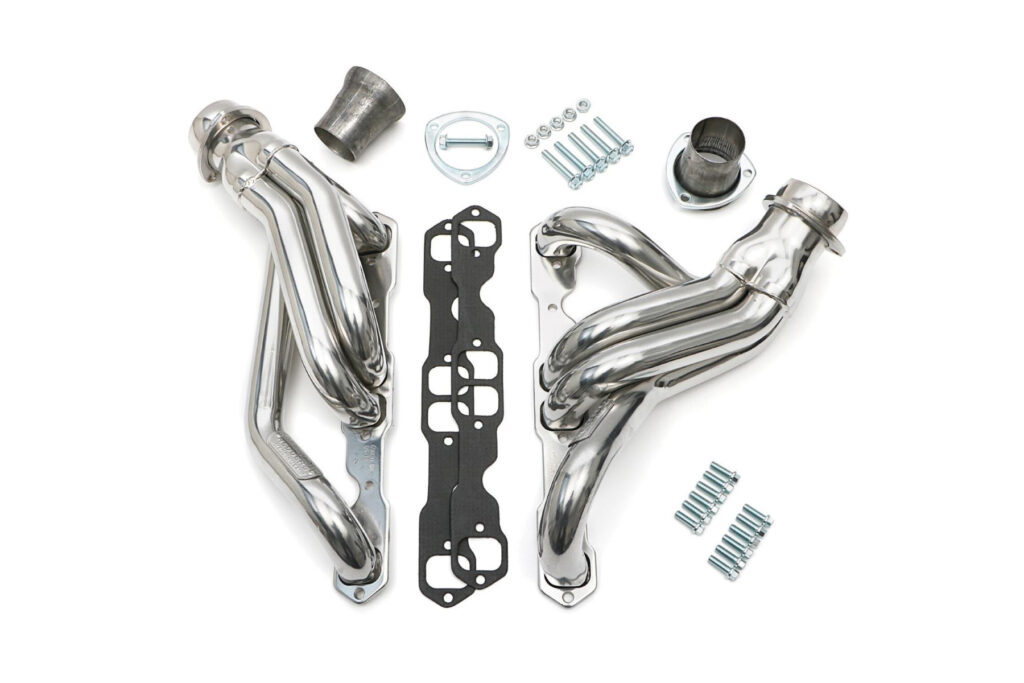 Hedman HTC Hedders: More Power and a Great Deal Too

Hedman HTC Hedders have always been one of the biggest bang-for-the-buck performance upgrades around. Not only do the headers help make more horsepower and torque, they also have Hedman’s HTC silver ceramic coating that helps retain more heat inside the header tubes to increase exhaust velocity and improve exhaust gas scavenging. Hedman guarantees the HTC coating for the life of the headers.

Hedman even includes a pair of collector reducers to connect the headers to your exhaust system—something you don’t usually get with other folks’ headers.

Street Hedders are available in shorty, mid-length, and full-length styles for most popular GM, Ford, and Mopar engines. We also have fenderwell-exit Street Hedders for V8-powered Jeep CJ5/7 and 1977-79 Bronco, and sidemount headers for 1963-82 Corvette.

Hot Rodz Hedders are available for putting GM LS engines in these vehicles:

304 Stainless Steel Hedders are available for Chevy, Ford, and Mopar vehicles from 1963 Corvettes to late-model Hemi Challengers and Chargers.