Mustang IIs Turn Out for the Stand Invasion in Iowa 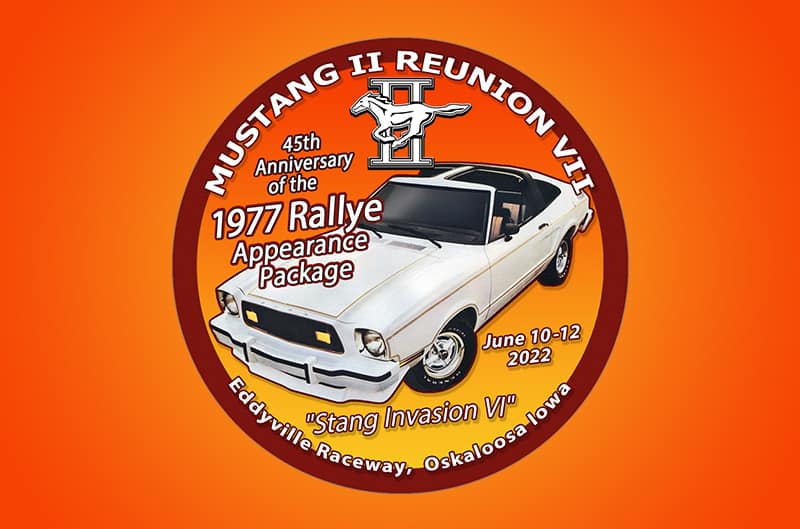 But last year, Mustang II Reunion VI saw enthusiasts trotting their Stallions, Ghias, Mach 1s and Cobra IIs – and multiple King Cobras and even Monroe Handlers – down the “Yellow Brick Road” to Overland Park, Kansas. The Kansas gathering marked the first time a Mustang II Reunion had been hosted by a Mustang Club of America National Show. Despite a sweltering 107-degree heat index, no less than 50 Mustang IIs dominated a significant portion of the show field. The only question at the time was. “Where would this growing group of enthusiasts go from here?” The answer: Iowa. 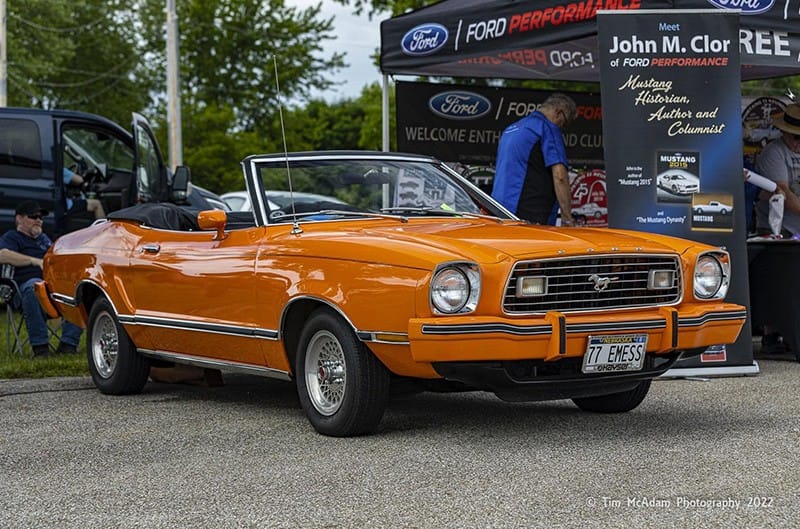 From June 10-12, 2022, Mustang II Reunion VII was hosted by Iowa Mustangs Unstabled (IMU), all within their massive “Stang Invasion VI” summer meet. IMU’s proposed event schedule proved too enticing for Ford Performance and the Mustang II Reunion Committee to pass up. Planned activities included not only a traditional car show – but drag racing, autocross plus exhaust and burnout contests as well. Mother nature, however, had other plans for show day.

Friday night, both events kicked off with gourmet burgers and fries at the Burger Shed next to the host hotel in nearby Altoona, Iowa, followed by an ice cream cruise for dessert. Saturday morning saw participants congregating at Eddyville Raceway Park in Oskaloosa, some 30 minutes down the road. Unfortunately, the club’s drag racing plans had to be scrapped at the last minute, due to overnight rains that continued into the early hours on the morning of the show. Eventually the sun did return, and both the exhaust and burnout contests were able to proceed as planned. 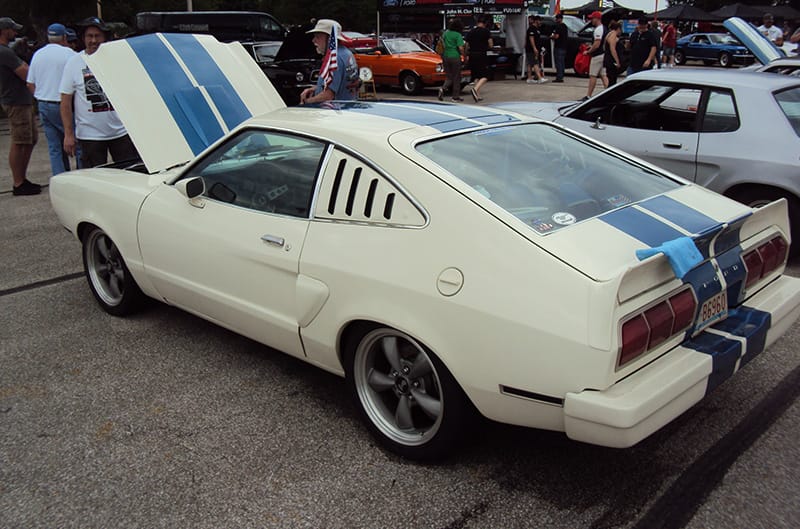 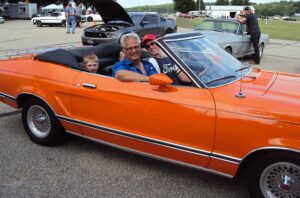 Also of note, neither high fuel prices nor a lack of air conditioning could keep Paul Holmes home. Paul and his wife, Margaret, drove their T-roof-equipped 1978 Mach 1 all the way from Rochester, New York (928 miles), for the reunion festivities – no trailer required. Edwin Knutson Jr. shook eardrums in the exhaust contest with his black-and-red ’77 Mustang II.

And Morgan Brislawn’s performance in the burnout contest proved once and for all that deuces are wild when it comes to Mustangs. Brislawn’s Tangerine steed laid waste to dozens of other high performance Mustangs – many of which came to battle with bigger displacement engines, Line-Lock, and even forced induction. When the smoke cleared (and there was a lot of it), his little pony trotted off with the burnout winner’s trophy – which was soon autographed by none other than Steve Saleen! 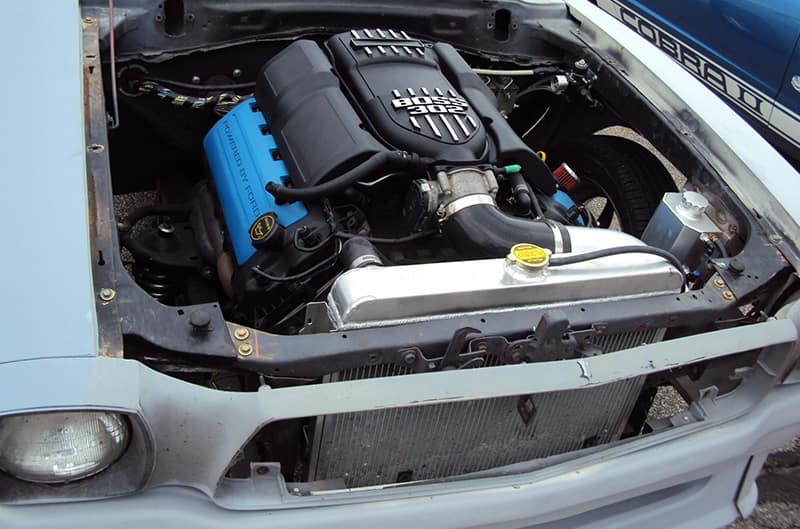 With the drag racing canceled, II Reunion attendees drove into town to the Pizza Den, splitting up the group into two consecutive pizza parties, hosted by Ford Performance. At each, owners and their families enjoyed various pizza offerings while Kennedy awarded Clor the second annual George Ftikas’ Unbridled Spirit Award for his significant contributions to the Mustang II collectors’ hobby. Clor shared an emotional acceptance speech, and announced that Mustang II Reunion VIII will be held in conjunction with the Mustang Club of Indianapolis’ Race to Indy (MCA National Show) on July 27-30, 2023. Kennedy then read an exclusive excerpt from his upcoming book, UNBRIDLED: The Passion, Performance & Politics Behind America’s Favorite Pony Car.

On Sunday, both shows shifted to the Ames (Iowa) Ford-Lincoln dealership parking lot, and the Reunion IIs were joined by yet another red King Cobra. Steve Saleen returned to the scene to sign more autographs for fans, and IMU officials handed out their awards, including a “furthest traveled” award that went to Mr. Holmes. Even in the absence of the much-anticipated day of drag racing, and in spite of spotty weather and fuel prices limiting attendance, Mustang II Reunion VII was a big success – with next year’s Mustang II Reunion VIII poised to be even bigger and better! 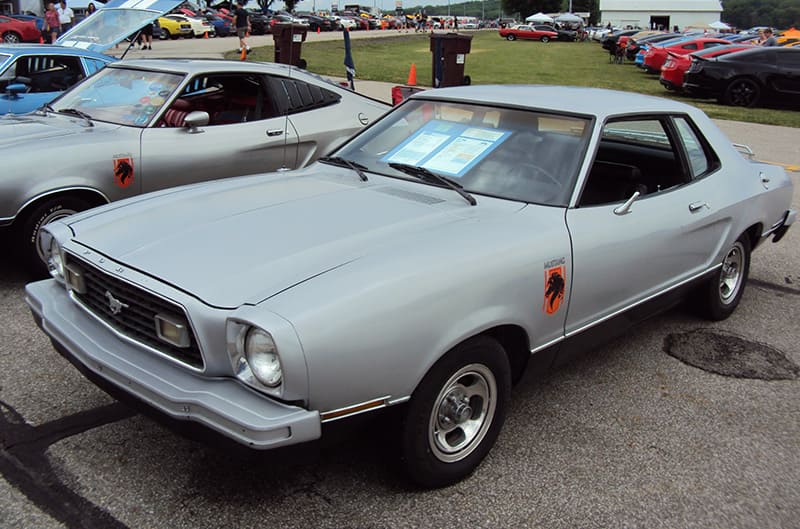 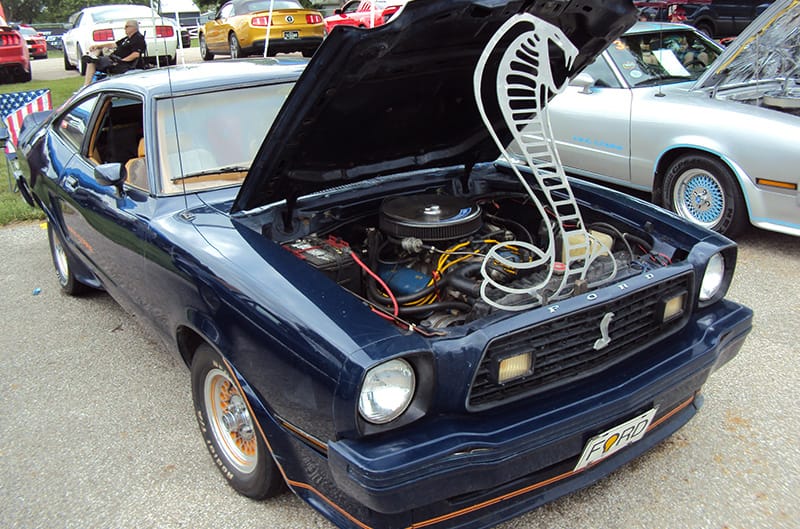 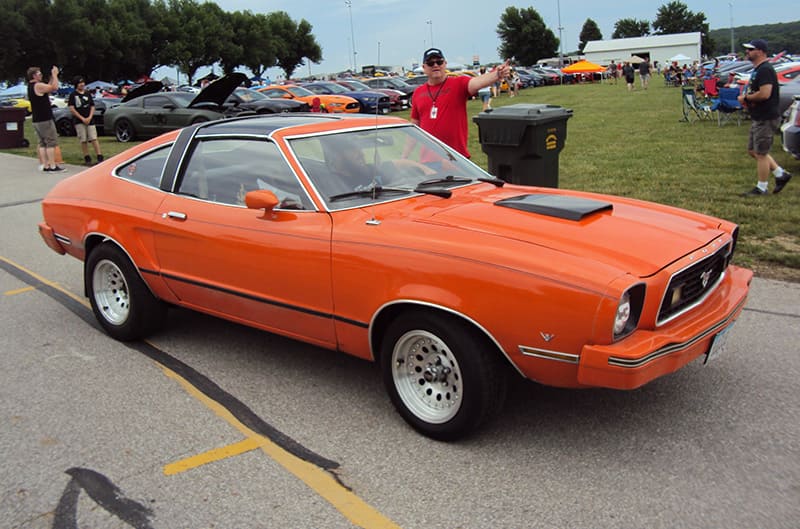 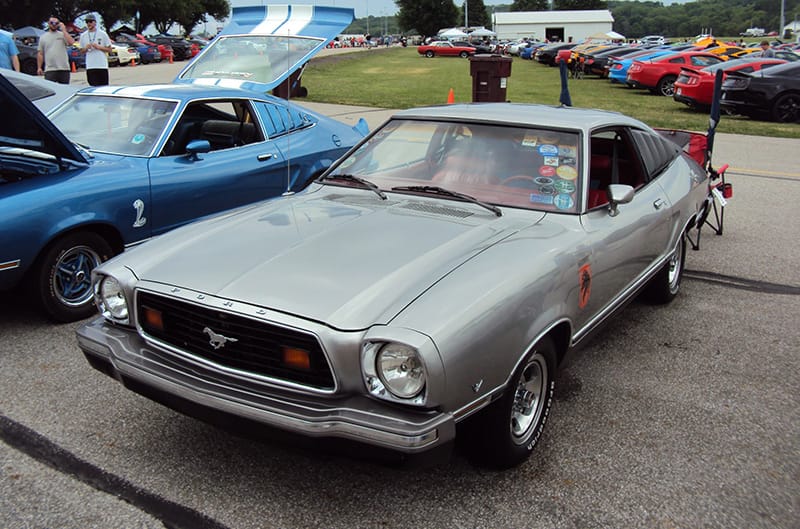 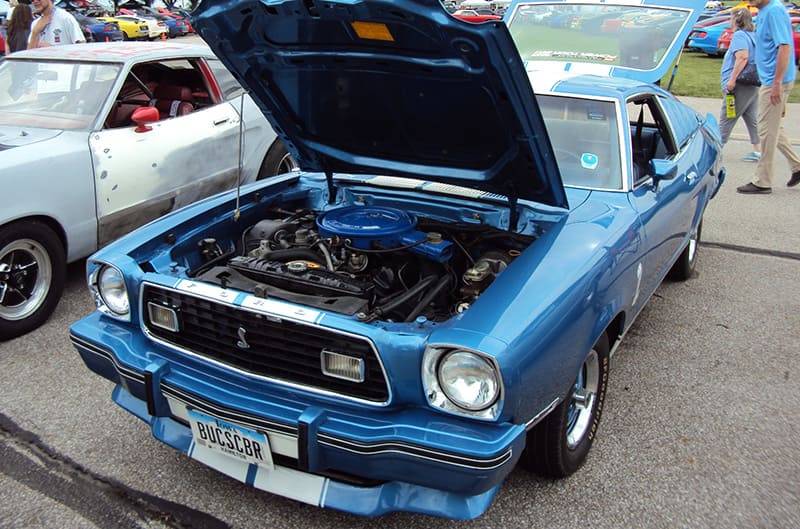 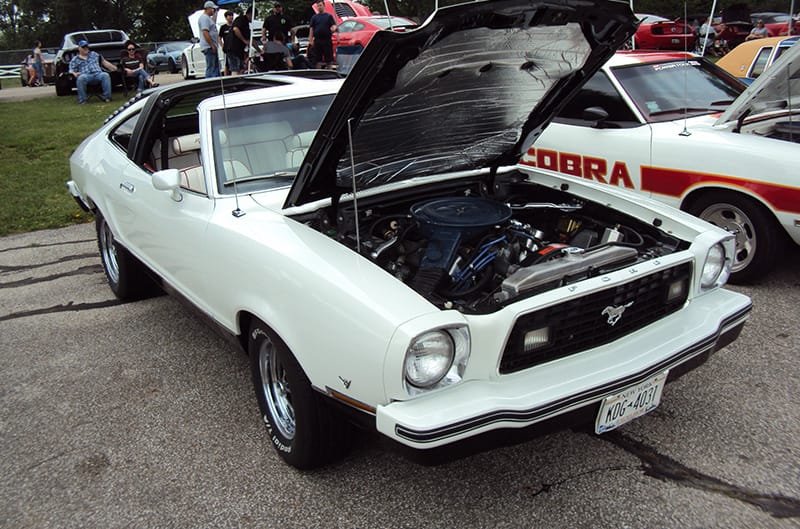 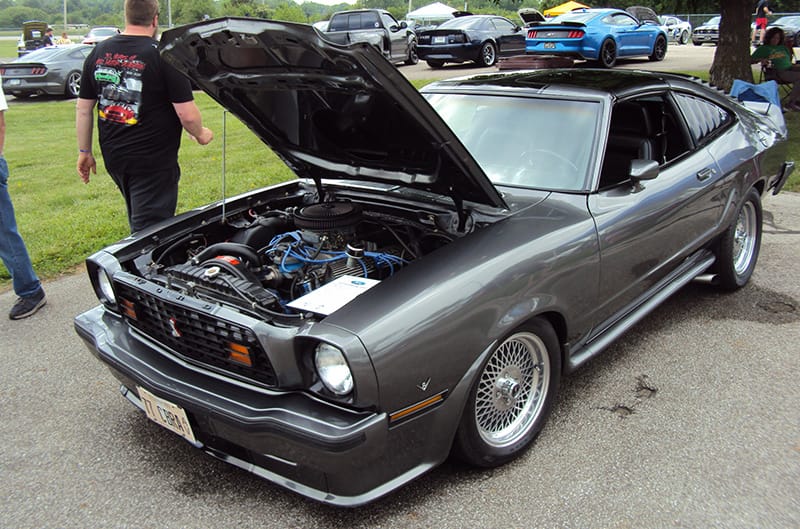 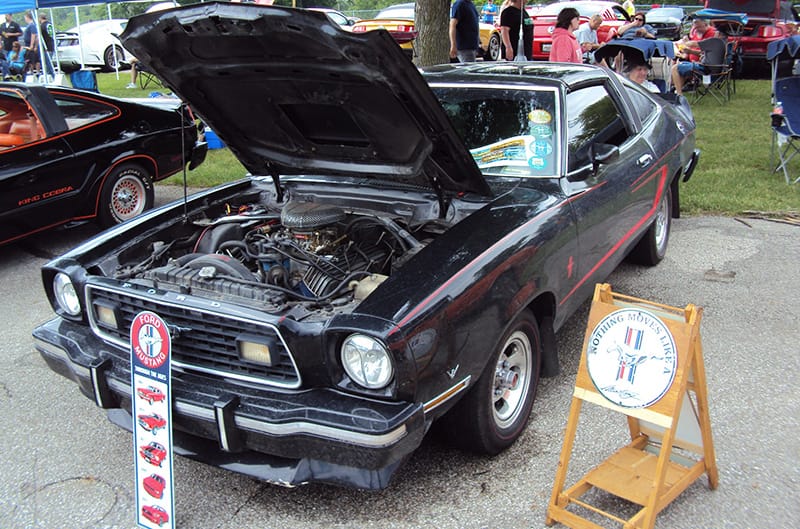 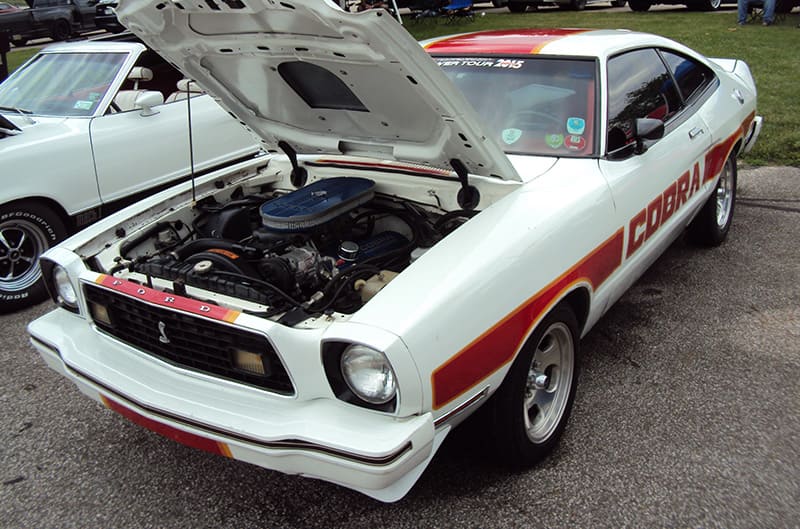 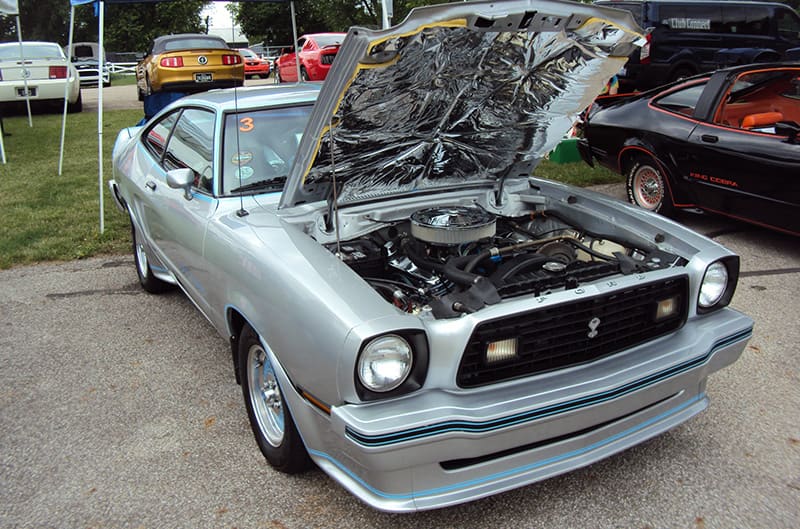 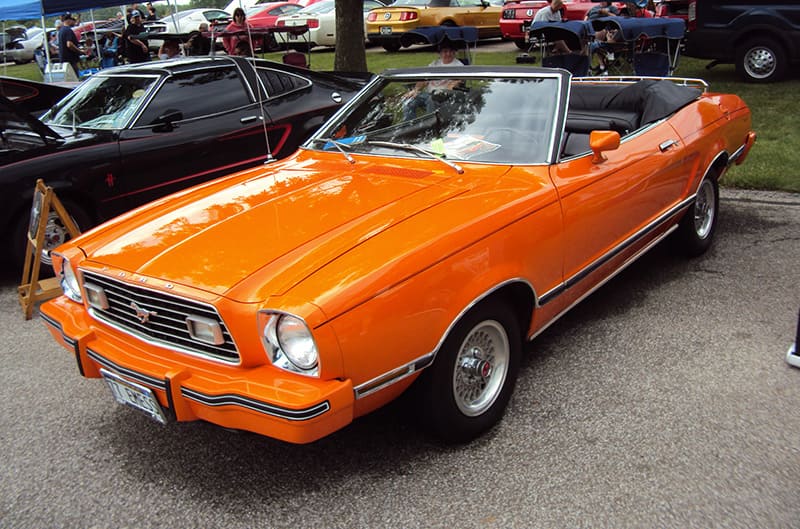 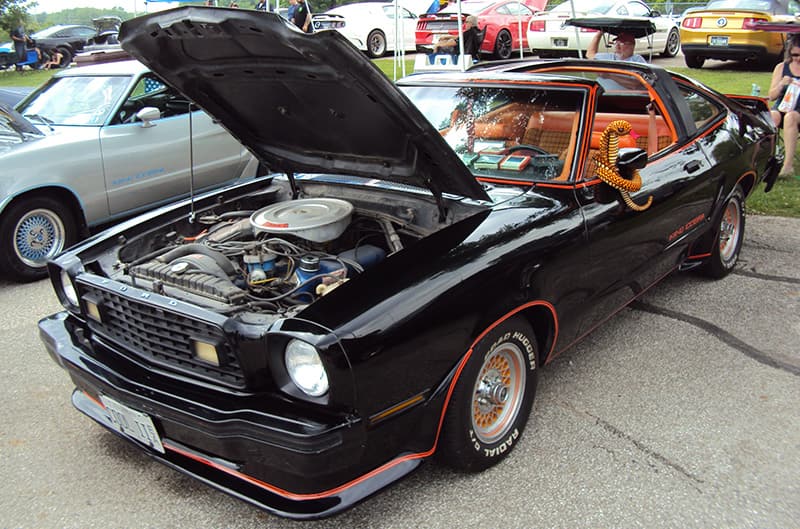