VIDEO: Dodge to Welcome Five New Owners Into the Brotherhood of Muscle With Horsepower Challenge

October 29, 2019 , Auburn Hills, Mich. – As a “thank you” to Dodge owners and fans for helping the brand achieve its 500 million horsepower goal early, the brand is launching the “Dodge Horsepower Challenge: 5 Weeks. 5 Questions. 5 Challengers,” starting on Tuesday, Nov. 5, on Dodge.com. Every week for the next five weeks, one lucky Dodge enthusiast will have the chance to take home a special-edition TorRed Dodge Challenger SRT Hellcat Redeye. The key to being eligible to win a Challenger lies in answering at least one of the weekly multiple choice challenge questions correctly. 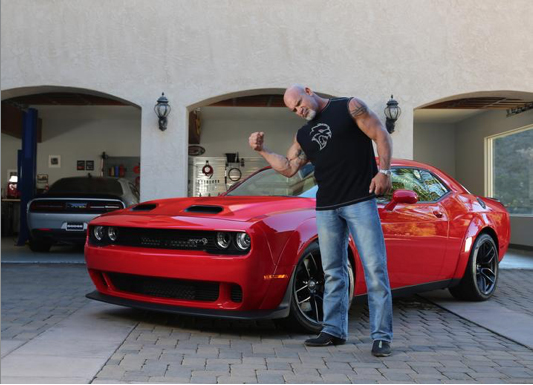 “At Dodge, we know that no matter how much horsepower you have, a little more can’t hurt. So we’re giving all our loyal fans an opportunity to get one of our highest horsepower Challenger models for free,” said Tim Kuniskis, Global Head of Alfa Romeo and Head of Passenger Cars – Dodge, SRT, Chrysler and FIAT, FCA – North America. “Unfortunately, there isn’t really any such thing as free horsepower, so these five lucky Dodge fans will have to earn their way in by answering a horsepower question. Ok, the questions are ridiculously difficult, but it is a free Challenger SRT Hellcat Redeye, and we’ll help you along the way.”

The “Dodge Horsepower Challenge: 5 Weeks. 5 Questions. 5 Challengers” consists of Bill Goldberg providing horsepower-inspired challenge questions with multiple choice responses online at Dodge.com every Tuesday, beginning Nov. 5. Consumers can visit the Dodge brand’s Twitter and Instagram channels before attempting to answer the questions to discover clues in the form of hidden hashtags in imagery to help narrow down the multiple choice options. 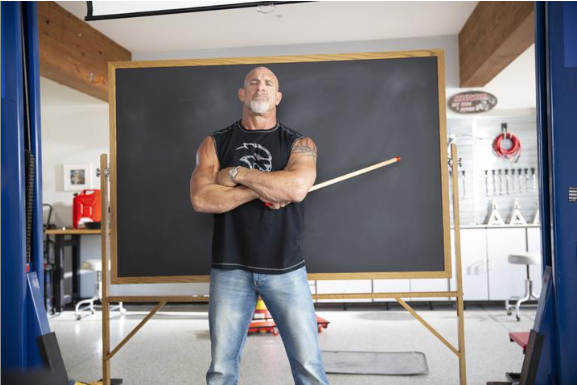 ‘Dodge Power Dollars’ more than exceeded the brand’s expectations, giving a huge boost to Dodge performance across the country and helping the brand reach its goal of putting a half billion horsepower into the hands of its loyal enthusiasts by the end of the 2019. The Dodge muscle cars are attracting a new generation of shoppers who are drawn to the performance, attitude and personality of the Dodge brand – a brand that continues to differentiate itself within the car segment.

Leveraging its unrivaled performance and unmatched horsepower, combined with the industry-exclusive “Dodge Power Dollars” program, which gives customers across the United States who purchase any 2019 Dodge Challenger, Dodge Charger or Dodge Durango a $10 per horsepower cash allowance, the Dodge brand has blown past its initial goal of growing to 500 million horsepower by the end of the year, more than two months ahead of its goal.

The Dodge Challenger reported a record third quarter in 2019, building on its best ever sales record in 2018, while the Charger notched its highest level of third-quarter sales in 13 years, on pace to lead the U.S. large car segment for three years running in 2019. Over the past decade, Challenger and Charger sales have increased more than 60 percent. Durango is on track to have its best calendar-year sales total since 2005.