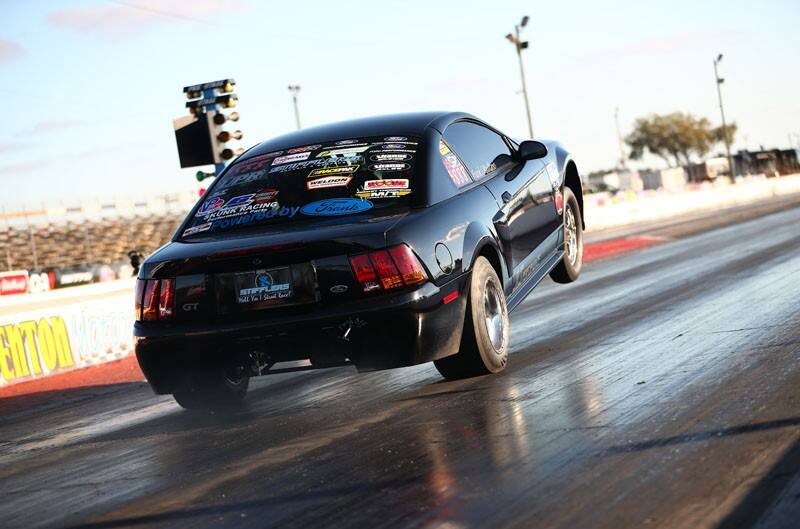 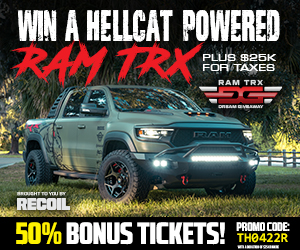 Most notable of all the racers was Frank Paultanis, who ran the table with his G-Force Coyote Stock SN-95 Mustang. Paultanis unleashed all the ponies from his second gen Ford Performance sealed crate engine – he qualified number one, set a class elapsed time national record and closed the deal with his first-ever race win. 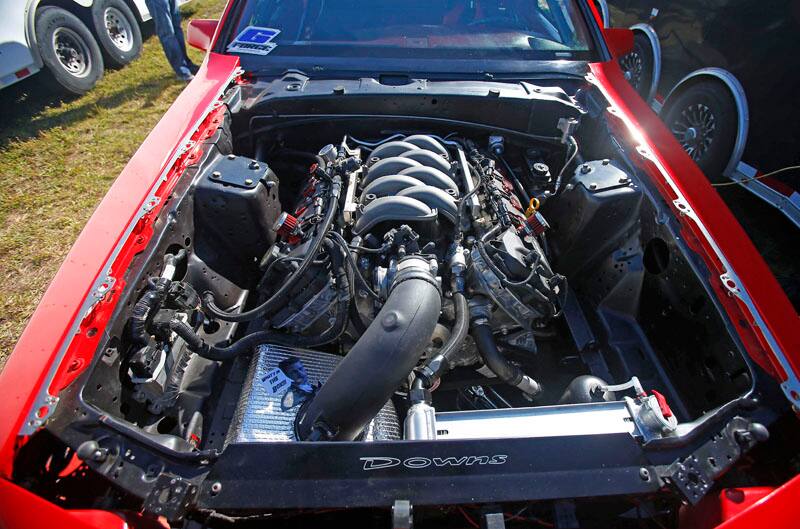 The Michigan-based Ford engineer got things going by dropping the first-ever nine-second Coyote Stock pass, a 9.96 at 132.94 mph in the opening qualifying session. He continued to impress running a nine-second run in every qualifying session and handily taking the top spot with a record-setting 9.920 at a blistering 136 mph. Number two man, Kevin McMullin, clocked in with a 10.003 at 132 mph. Keep in mind, that’s at over 130 mph at 3,100 lbs with a sealed Ford Performance 5.0 Coyote crate engine that produces roughly 435 hp!

“This was a really awesome weekend,” said Paultanis. “I’ve been in a final before, but never won a race. I went to [NMRA] Bowling Green, which was the final race of the season last year and qualified number one, but we had an issue that caused me to lose. I went testing at Milan Dragway the following week and it ran a lot better. That’s all we did before coming to Florida this week.

“I knew I was on to something in Milan because it went 10.06 at 131 mph twice and the air was decent at best. The weather was far better in Bradenton so I was hoping for nines. Everything was aligned and off the trailer during the Thursday test preceding the race it went 10.007, then 9.97.”

That was the first nine-second Coyote Stock run at an NMRA race, but it was unofficial since it was not during qualifying or eliminations.

“We read the track every pass and make changes based on the conditions. That’s all we do,” said Paultanis. “The hardest thing with these cars is reaction time because we use the Clutch Tamer to apply the clutch in a smooth fashion. It takes so long to get the car moving, so that’s what I’m going to be working on next.

“This was the third race in a row where I qualified number one. I felt confident going into eliminations, even though we had a lot to do. I had to get the cage certified and get my nine-second license. But honestly, it was pretty low stress compared to last year. I learned a lot and not much has changed. The rounds went smooth, I pretty much cleared my head and staged the same, but the car stalled one round at the line, that was probably the worst thing that happened during eliminations,” he explained.

“The final was against my teammate Kevin McMullin and it was his first final round. We were both happy for each other and it was a good close race. It felt awesome to win my first race and it didn’t quite sink in right away. I’ve been putting in a lot of work the last year and it felt really good. I’ll be at all six races, that’s the plan, anyway. At a minimum I want to be in the top three but the goal is to win the championship.”

Paultanis was sure to thank Clair Stewart III, Eddie Bennett, Tim Donathen, Matt Hargett, Andy Ransford, his wife Dawn and daughter Danielle, who couldn’t make it because she was busy capturing second in her cheer competition.

Along with Paultanis, Cobra Jet racer Steve Trombley scored his first-ever NMRA win in Bradenton after besting the field in the Watson Racing Cobra Jet Showdown. Trombley qualified forth and drove his 2013 factory-built CJ to three rounds to capture the title. 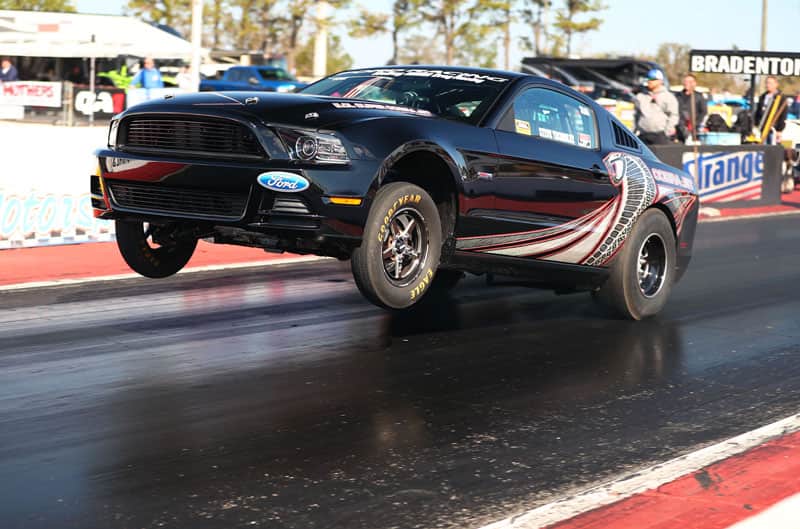 “I bought my Cobra Jet new at the end of 2012 and my first run was in spring 2013,” said the elated Trombley. “I was racing a ’68 CJ previously that ran 10.50 in Bracket racing and occasionally in Open Comp. I really liked the newer Cobra Jets and I saw a black one for sale at the CJ Showdown in 2012. I kept thinking about buying one and I finally was able to make it happen. I had no idea what I was getting into,” he said with a chuckle, “It is a blast to drive.”

Trombley has only missed one NMCA and NMRA Cobra Jet Showdown since 2013.

“I did a few of the 2014 updates including the rear sway bar, wheelie bars and the belt system, everything else is 100-percent stock,” he told us. “And the best I had previously was a semi-final finish. Not only was I lucky enough to win, my CJ ran its quickest time this weekend. Previous best was 8.88 and it went 8.76 at 156 in the good air.

“Randy Eakins red lighted and that meant I could run it all out and I got my best ever time. It was awesome because I had the bye run second round and I knew I’d either be winner or runner up. I felt good going into the final against Dave Swanson and I wasn’t nervous. The run went awesome, Dave was right there, and neither one of us knew who won. After I got the slip I couldn’t believe I won. I don’t race all the time so this was really special. I’d like to thank Ford, the NMRA and my son Nick for all his help.” 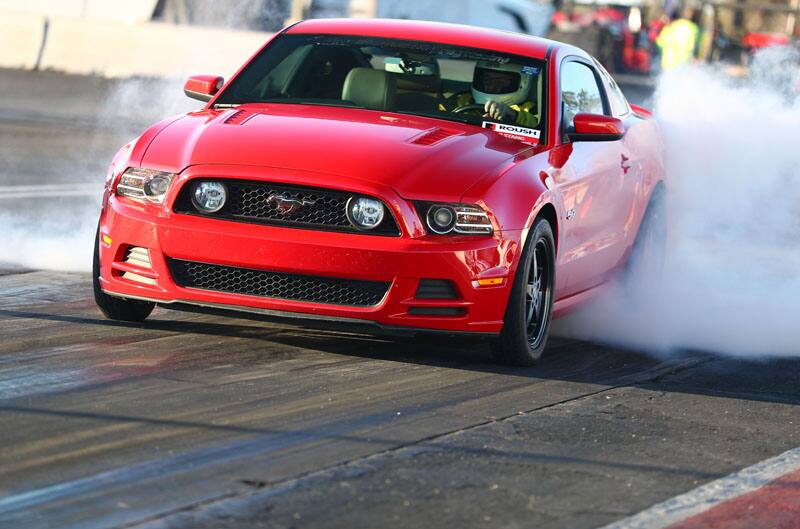 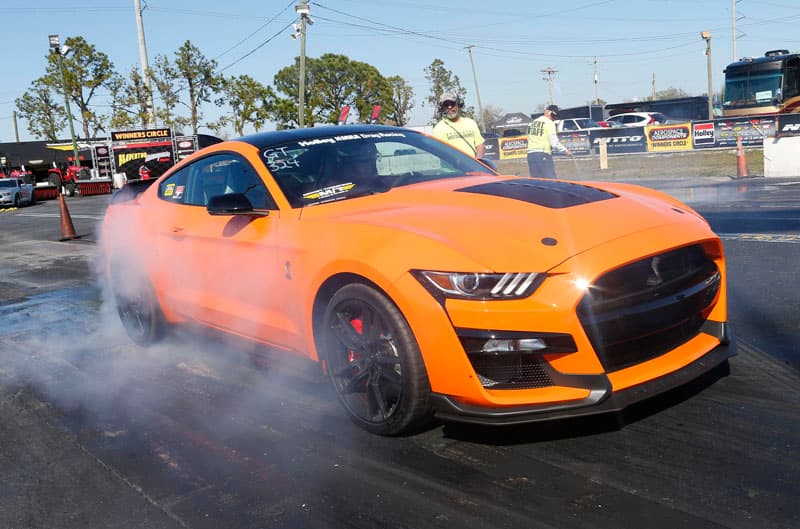 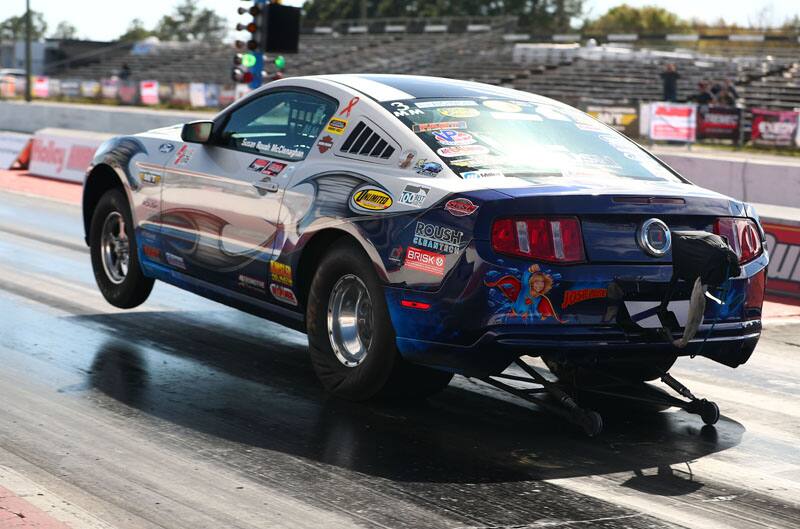 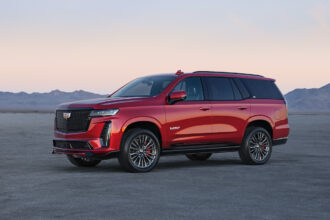