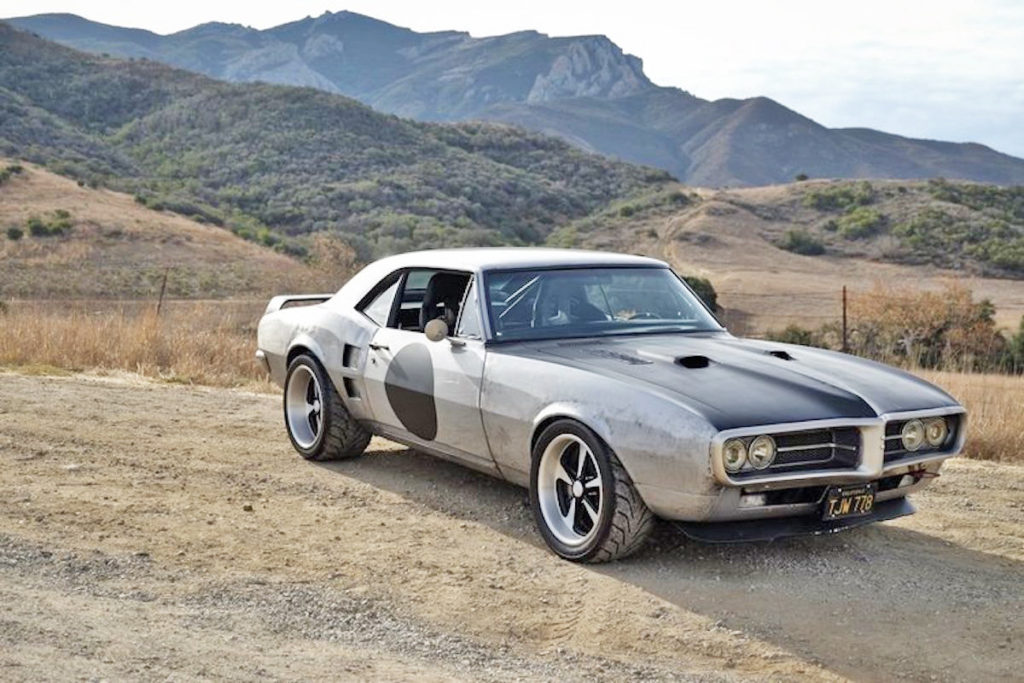 When your author was a child, I was absolutely obsessed with Hot Wheels. Those little 1:64 scale hot rods, muscle cars and trucks were a huge inspiration in what would later shape my adult life and career, and dare I say, I’m not the only one. In fact, my Hot Wheels collection continues to grow today and I’m at the point to where I have boxes of them stored away for… well, I’m not sure.

If that’s not enough, I probably have more 1:1 scale project cars than I know what to do with, but the addiction is real. These days, I seem to buy both before even thinking about it, because it’s an addiction for which there is no cure. So when I ran across a new Hot Wheels casting that depicted a ’67 Firebird, sans hood, and stuffed with an LS-swap, I promptly bought all five that were hanging off of the rack.

Announced as a “New Model” in the Hot Wheels line for 2017, it was the first Hot Wheels car that acknowledged the LS-series V8, by putting it in plain view for collectors and kids to see. It was awesome. It wouldn’t be until a little later, maybe a few months or so, where I found out that it was indeed a real car and it was built and owned by the man who designed it. 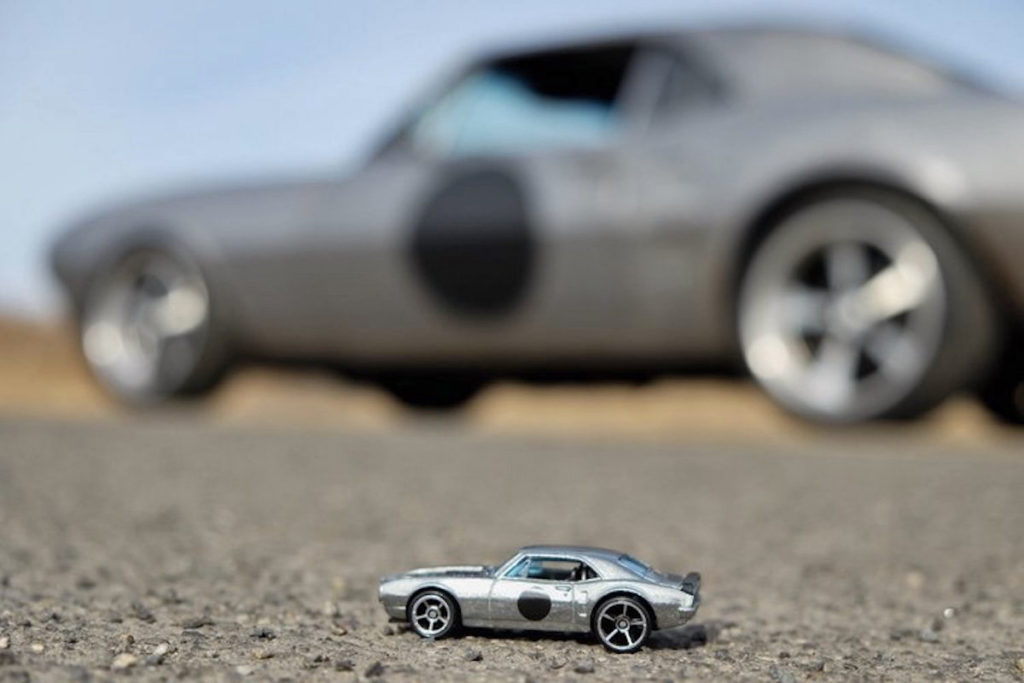 I had actually stumbled upon the car via Instagram, and reached out to the car’s owner, Brendon Vetuskey. We proceeded to set up a photo shoot, but scheduling conflicts intervened. By sheer chance, a colleague of ours had made contact with Brendon’s Firebird, and was able to set it up. Unfortunately, the shots ended up in a folder on our server and then other stories had buried it for some time.

Fortunately, the time had come to get this one published and man, am I glad that I did. We reached out to Brendon again and he sent us over all of the info to fill in the blanks. In short, what you’re about to learn about is not some high-dollar, blank check build. But rather, an honest, grassroots, real car-guy build that should inspire just about anybody.

Starting with a Lordstown, Ohio built ’67 Firebird 326 H.O. (with a 400 engine and hood swap) he picked up as a relatively rough project, Brendon wanted to build himself a resto-mod Firebird that implemented all of the classic lines of a first-gen Firebird. However, he wanted a slice of modern tech and a revamp of its foundations. It would be a combination that could set off a purist or two, but after living with traditional Poncho power for nearly a decade, he wanted to make the car his own. 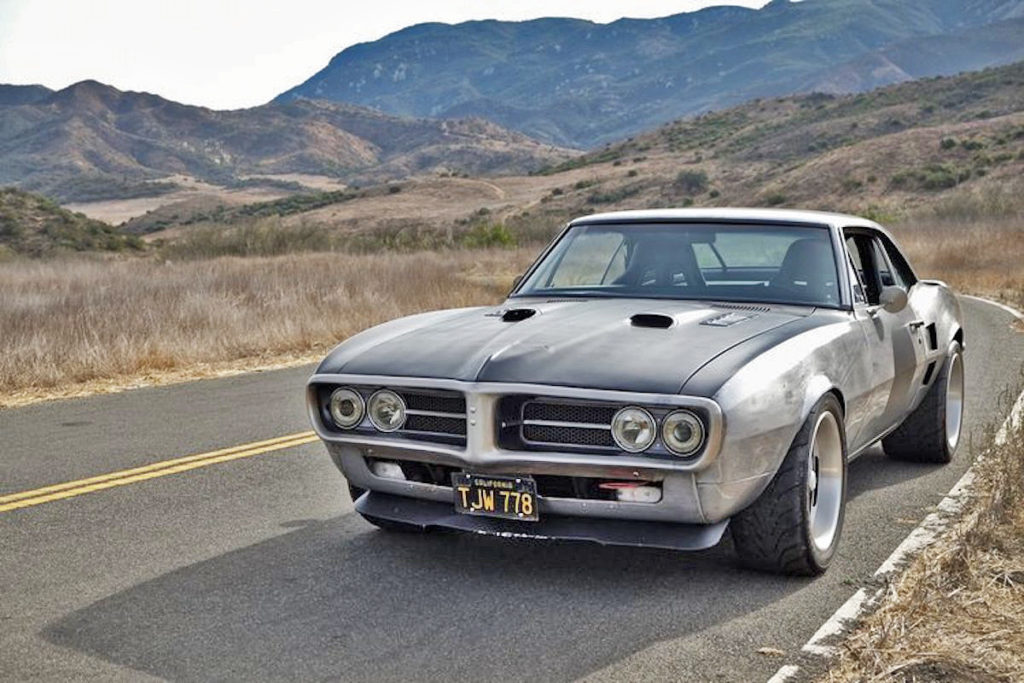 The entire body was stripped down to bare metal, the 400 was pulled and sold, and the unibody was reinforced with additional chassis bracing and welded-in custom subframe connectors. Rear portions of the body have been widened, which not only allowed Brendon to run a larger rear wheel, but helped make the ’69 Trans Am spoiler sit flush with the quarter panels.

Other modifications to the body included a front and rear mini-tub, enlarged front and wheel openings, flush-mounted bumpers, a frenced rear tail panel, and a raised transmission tunnel. Additionally, vents went into the factory hood for additional heat dissipation, and a custom 6-point roll cage went into the structure for increased safety and rigidity. The whole shell was sanded down to bare metal, and then cleared over to seal in the bare metal, maintain the look, while allowing Brendon to drive this car without worry.

Building upon the aesthetic, a set of Bimmer E30 HID projector headlights and LED taillights lent a look of updated technology, and the rear slats in the quarter panel were cut out during the process of widening the rear quarters. The grille is a custom piece, too. 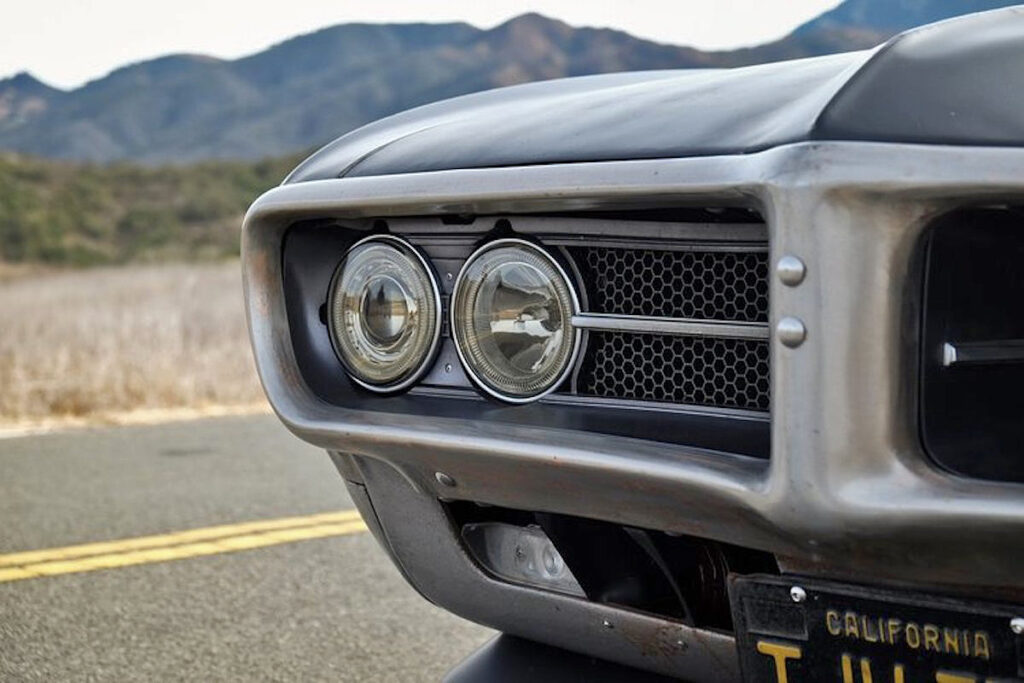 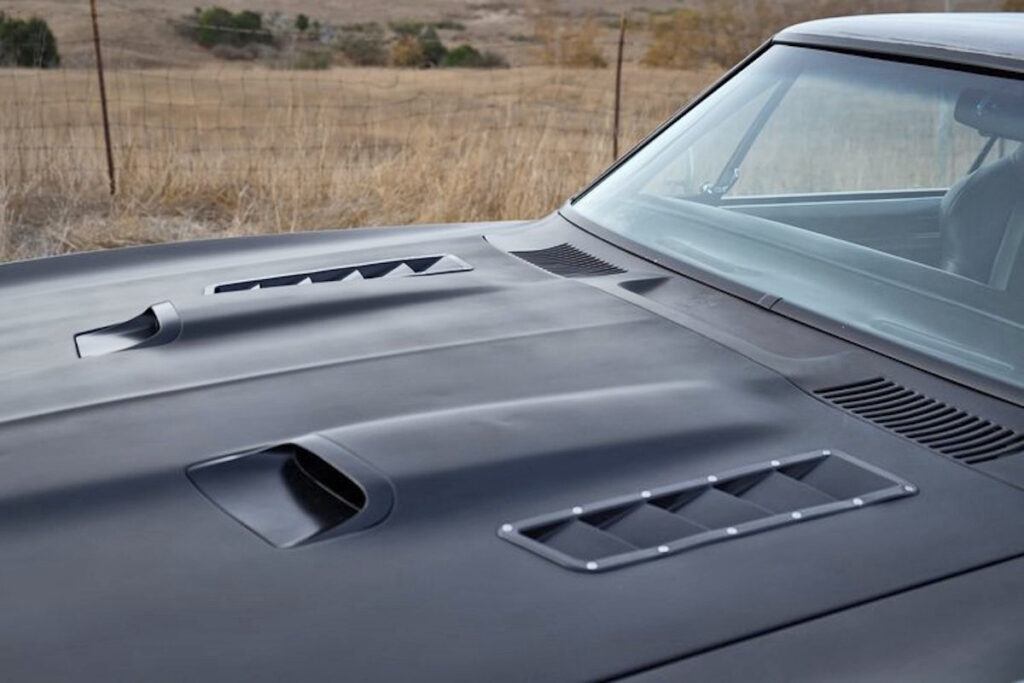 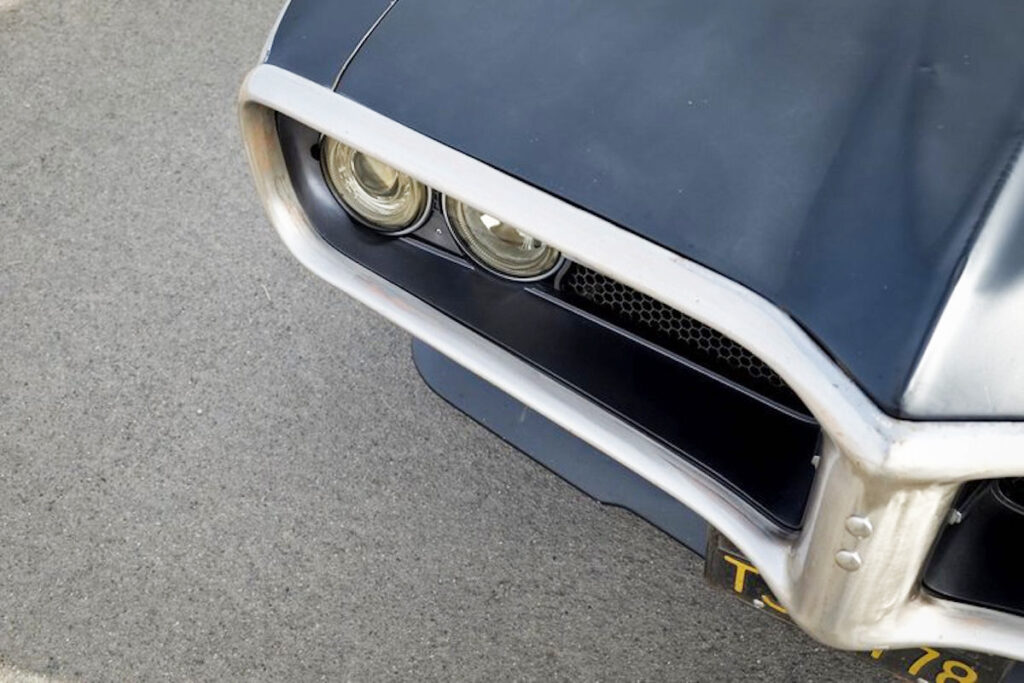 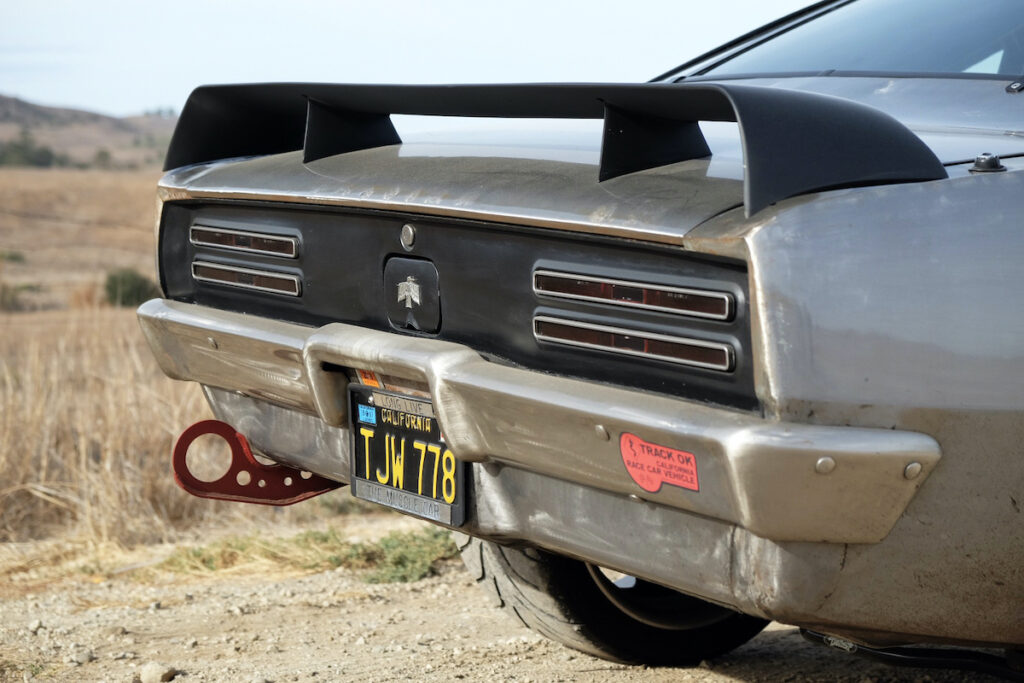 An LS was destined for the engine bay, but it’s not a junkyard-sourced truck 5.3L, nor is it a brand new LS7 crate — but rather, a somewhat modest 5.7L LS1 sourced from a 2001 Trans Am, that’s been bored and stroked to 383 cubic inches, up from 346. The displacement increase was made possible with the help of an Eagle crankshaft with a 4.00-inch stroke, and a set of forged 3.905-inch diameter MAHLE pistons. The crank and pistons are bolted to each other, via, Eagle connecting rods.

The healthy LS1 is backed by a TREMEC T-56 gearbox, complete with its manually-shifted six forward gears, that sends power through a carbon fiber driveshaft to the rear axle. The rear axle in question, is a Moser 12-bolt rear stuffed with Moser axles and Motive 3.73 gears. 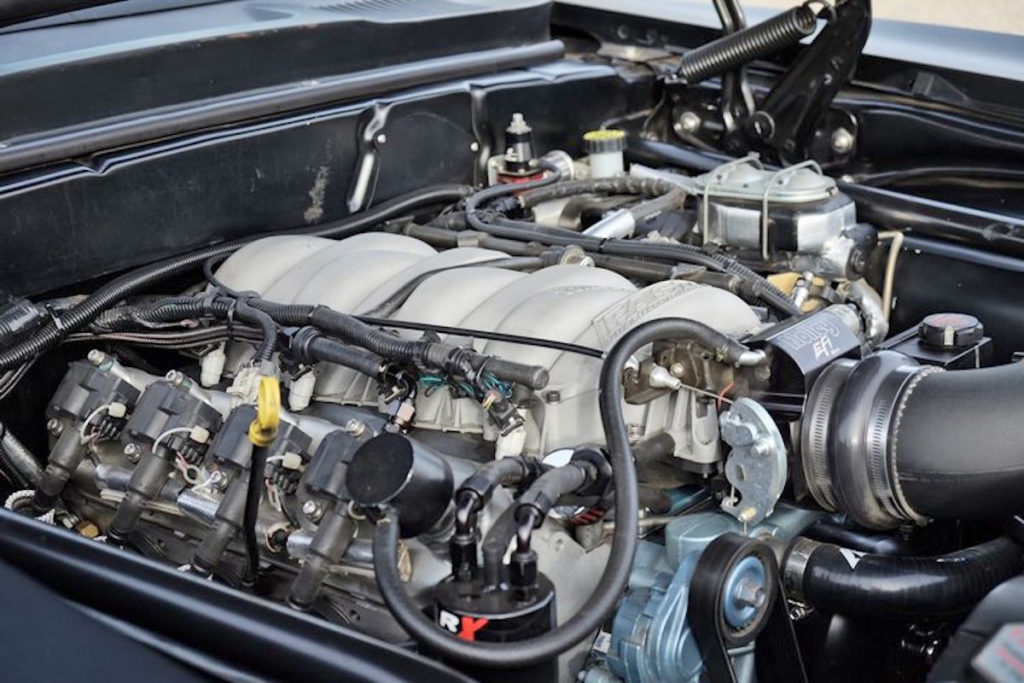 Building upon the chassis and undercarriage modifications that Brendon had already made, he implemented some hardware from Detroit Speed Engineering (DSE) components. This included their front Stage 3 front upper and lower control arms, a DSE fast ratio steering box and a DSE Panhard bar. Additionally, a DSE rear sway bar and QuadraLink kit went into place as well. Rounding out the suspension included HyperCo front and rear coil springs, paired with Koni coil-over shocks and struts. Steering arms from a ’69 Z/28 Camaro were utilized into the build as well.

With over 550hp on tap from the alloy mill, and with Brendon quite active on the road course, it only made sense to upgrade the brakes, significantly. Out went the factory setup, and in went a C5 Corvette based Kore3 Big Brake Kit with Hydrboost. To keep up with the large calipers, DBA slotted rotors and Hawk pads went into the recipe. They work great, but you really can’t see them when they’re tucked nicely behind those forged US Mag Bandit wheels. 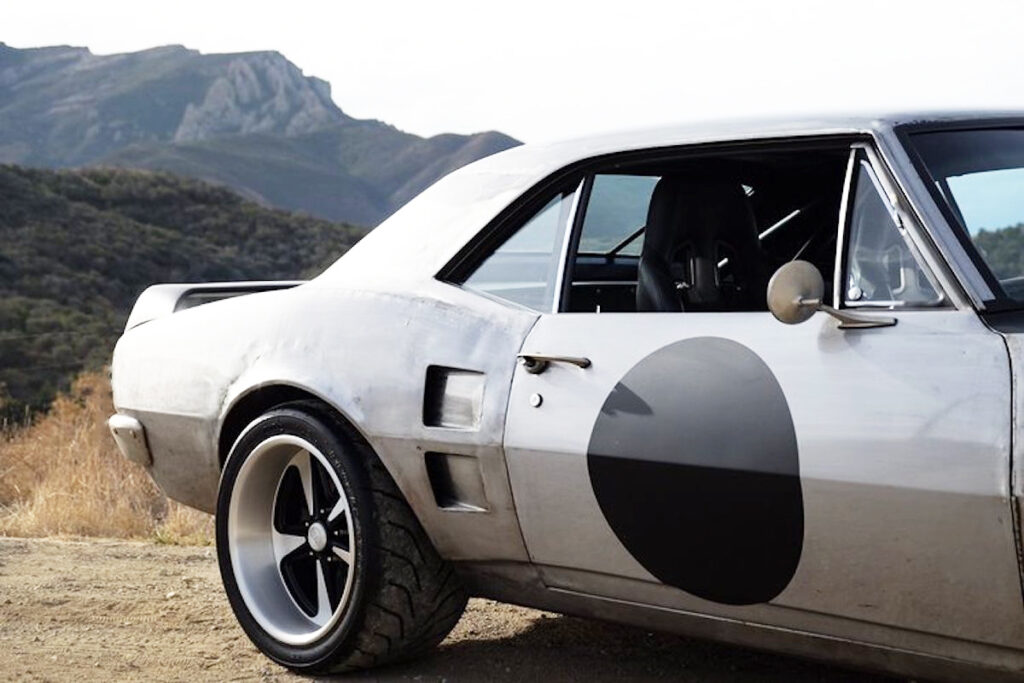 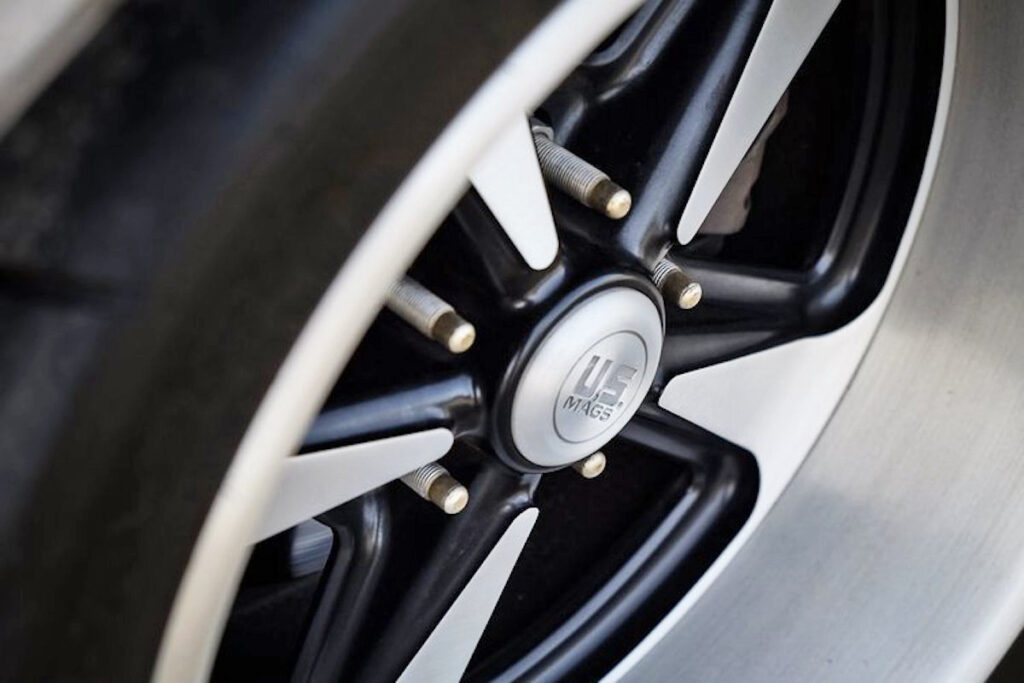 The wheels are a perfect fit for the car; as they provide the width for better traction, and the diameter to fit the large brakes. The style is also a nod to the classic Pontiac Rally II wheels, that the car originally had. They’re wrapped in Toyo R888R rubber; with a 275mm track in the front and massive 335s out back!

On the inside, a pair of racing seats when into place up front, the rear seat was ditched completely and the factory gauges remained, but have been made to work with the LS1’s electronics for accuracy. As a nod to the original Hot Wheels cars of yore, the rear valance panel was painted black and both doors feature the door number circle.

The car has been daily-driven, road-tripped, thrashed on old courses and auto crosses, and basically treated like it’s hated. It already has a few battle scars from the street and track, and Brendon is perfectly OK with them being there. He built the car to be enjoyed, not to win show trophies — which we think just makes the car extra cool. 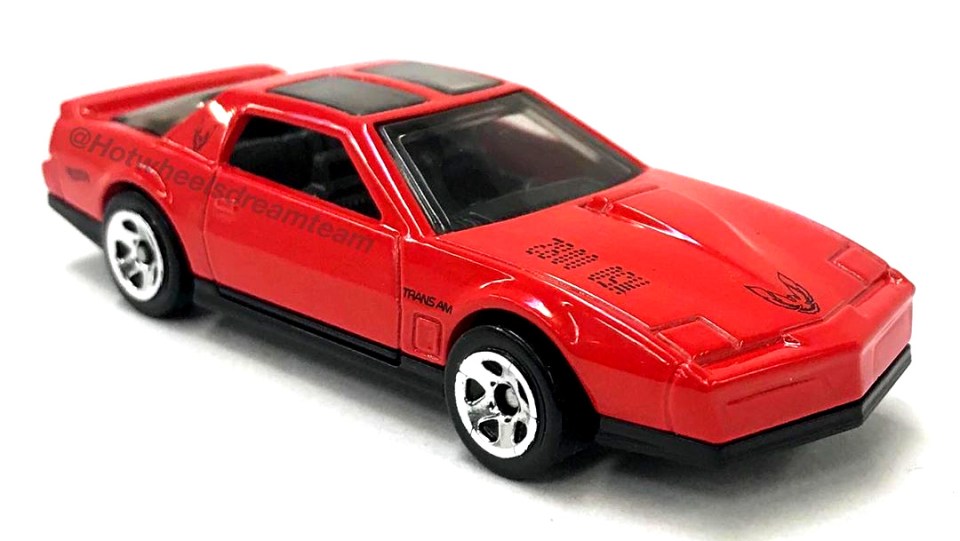 Oh, and just in case you think this is the first time that Brendon used his own personal car for an inspiration Hot Wheels casting, don’t. Since being employed at Mattel, some interesting cars to note is the ’57 Plymouth Fury restomod that served as the 2009 Treasure Hunt car, the stock ’67 Firebird casting from 2009, and the ’84 Firebird (Trans Am) that will be released later this year in stores. Brendon is currently working on a ’55 Chevy gasser in real life, which has already been released as a Hot Wheels casting a few years ago as well.

Brendon won’t tell us for sure what’s coming down the pike in the future, but as long as he’s in the design department at Hot Wheels I have a feeling that we’ll be seeing more and more interesting cars on the shelves. Until then, we’ll just have to keep an eye out on his Instagram page for updates. 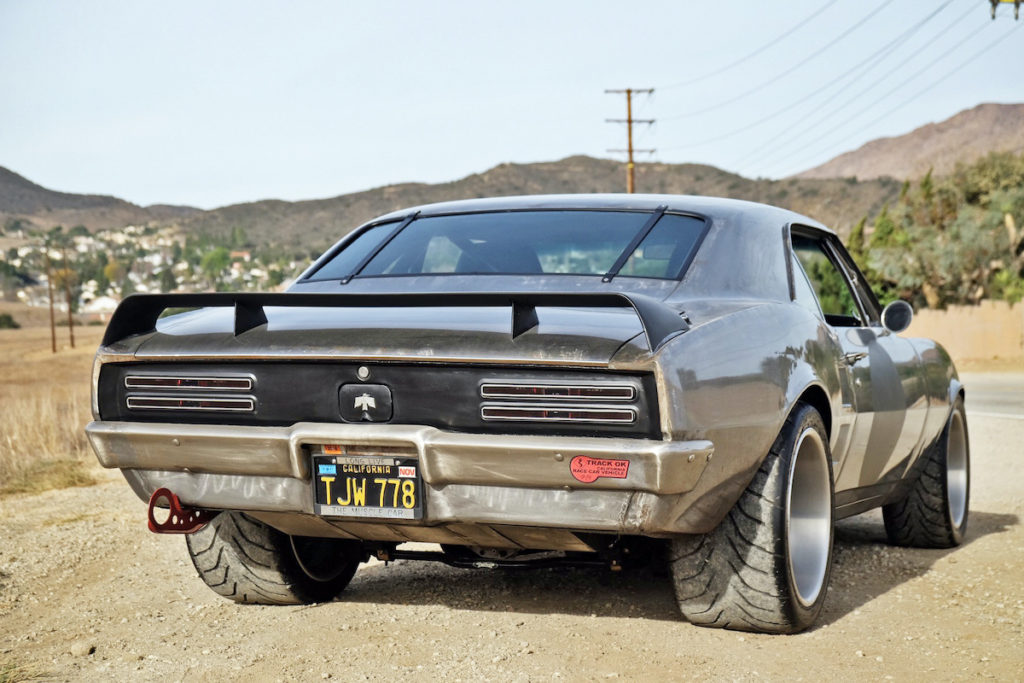